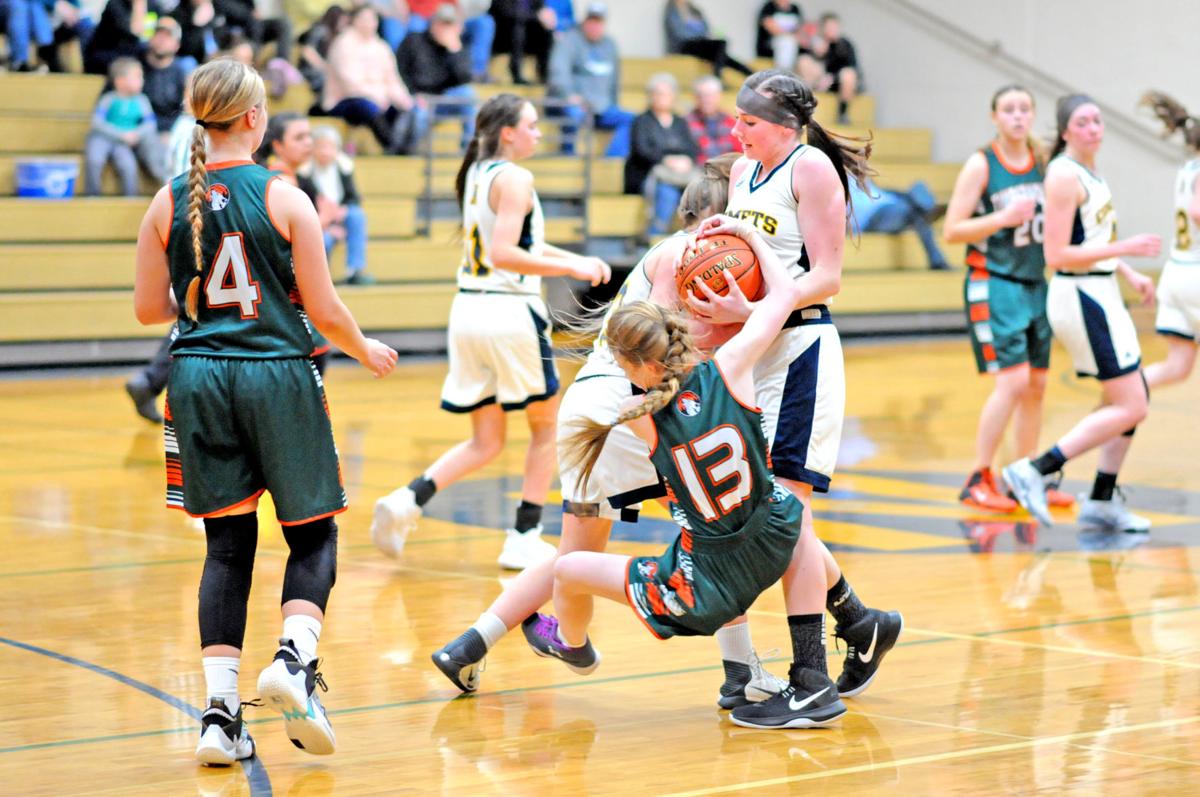 Jackie Steenerson fights for the ball against no. 13, Mackenzie Lindh of Morton-White Pass. 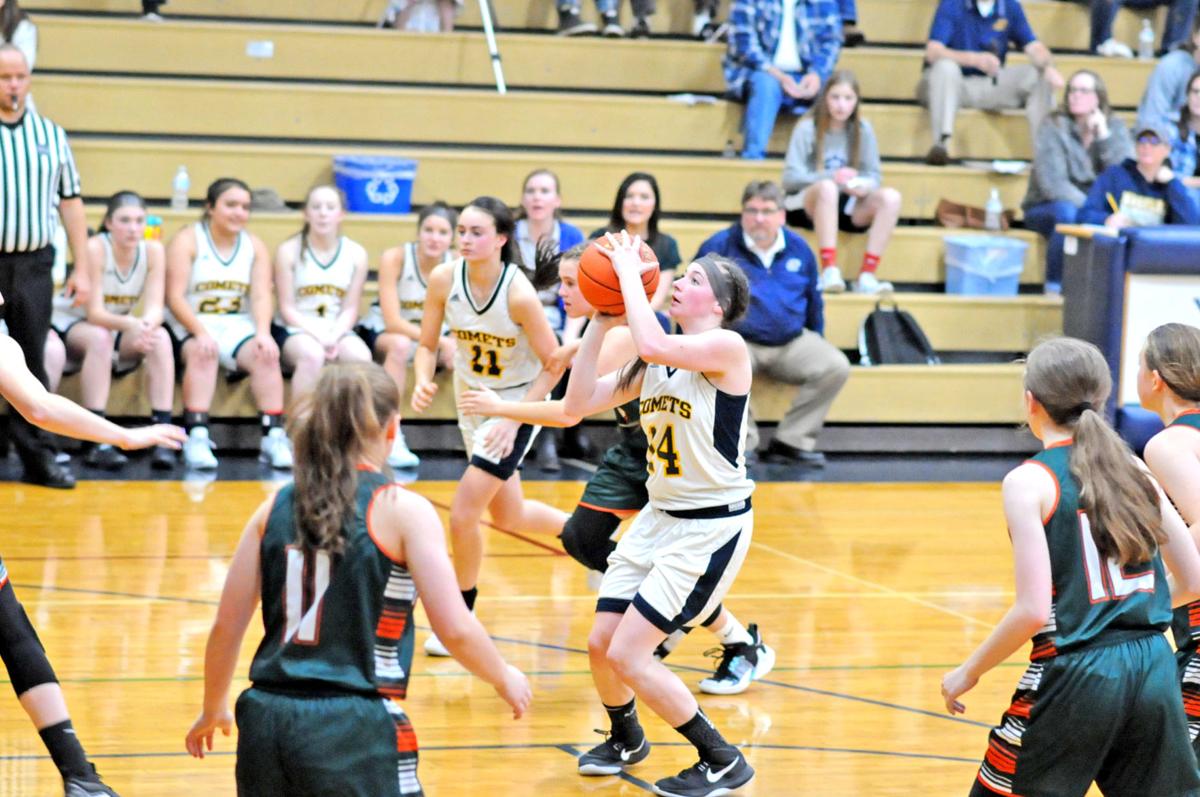 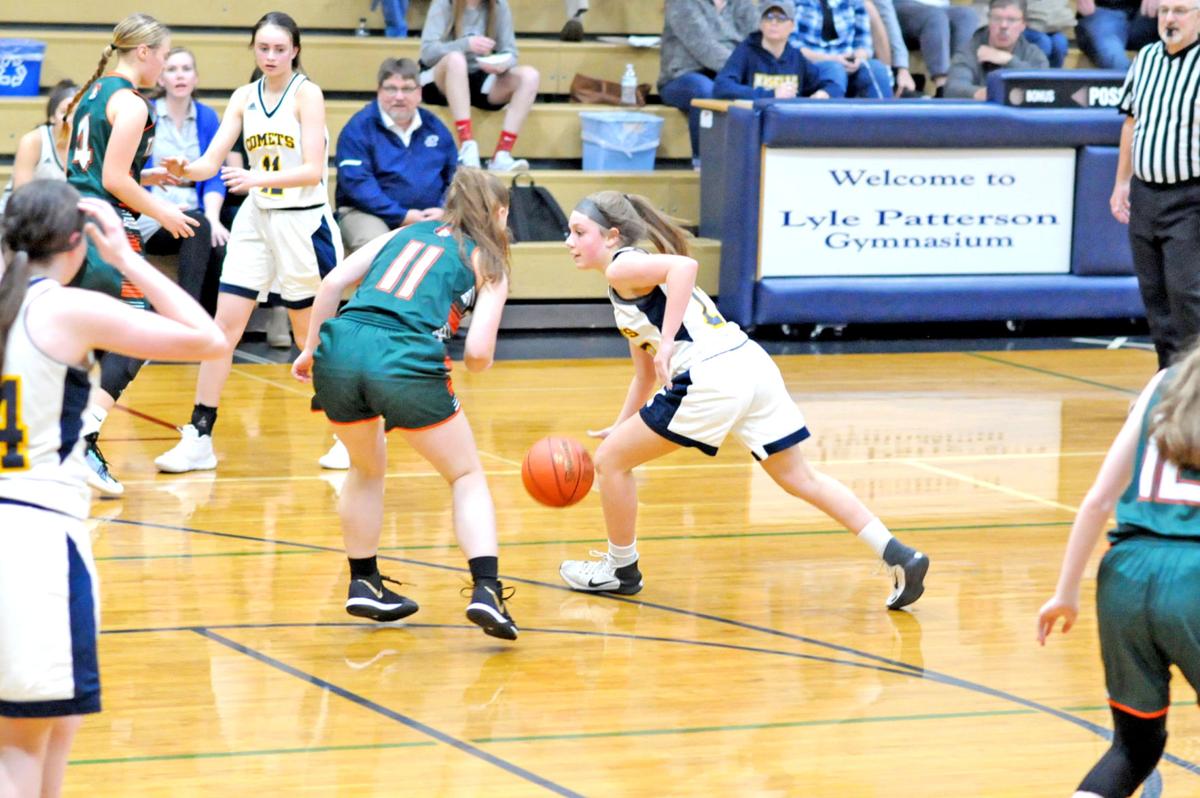 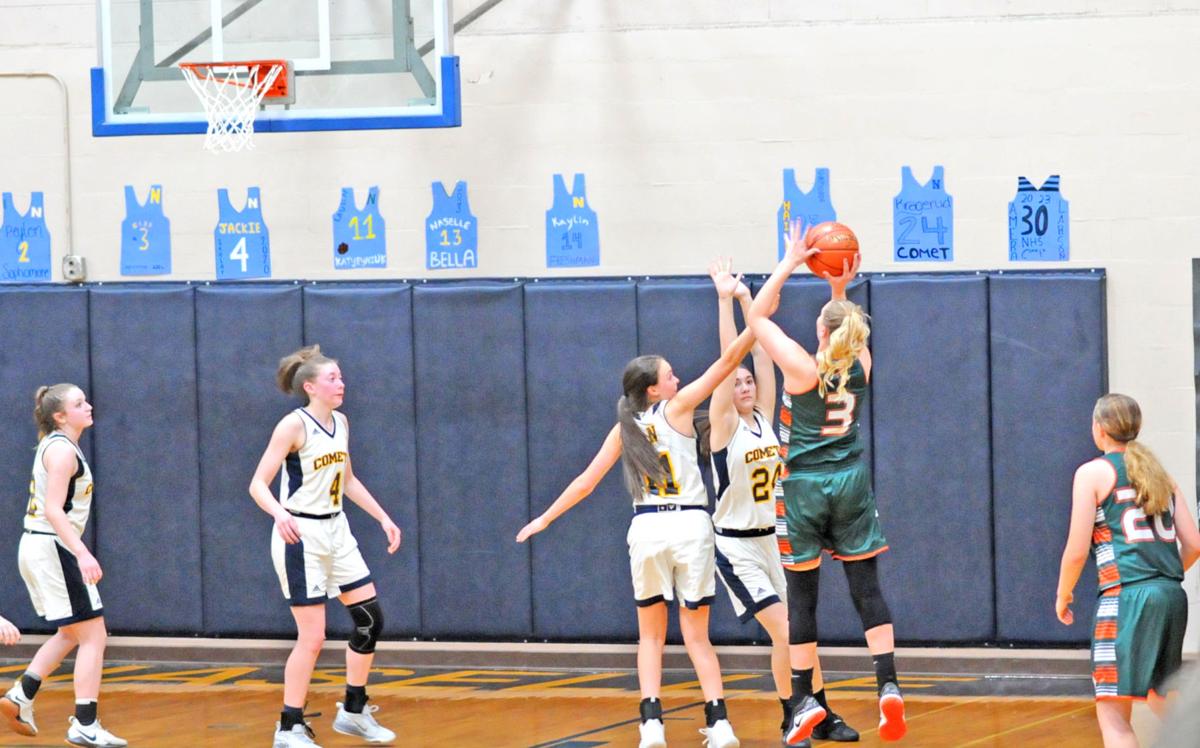 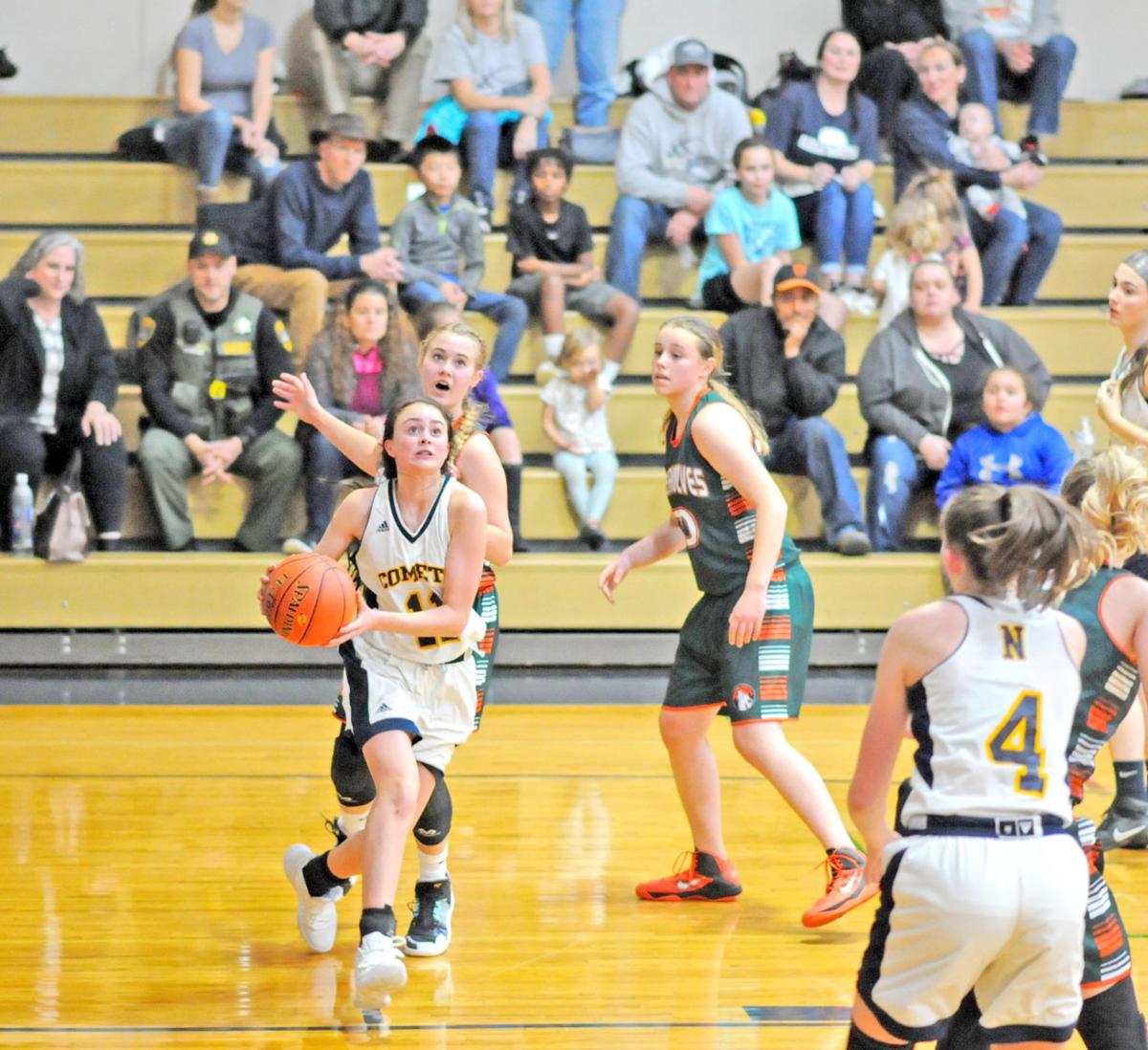 Lauren Katyryniuk rises for a baseline lay-up. She scored 18 points, including two 3-pointers, in the Naselle victory over Morton-White Pass.

Jackie Steenerson fights for the ball against no. 13, Mackenzie Lindh of Morton-White Pass.

Lauren Katyryniuk rises for a baseline lay-up. She scored 18 points, including two 3-pointers, in the Naselle victory over Morton-White Pass.

NASELLE — Freshman Lauren Katyryniuk broke out with an 18-point performance to help the Lady Comets to their first victory of the year, a 39-14 drubbing of Morton-White Pass.

Scoring got off to a quiet start, but Peyton Dalton scored nine of her 11 points in the second half and Katyryniuk got 11 of her 18 in the fourth quarter as Naselle pulled away.

Six-footer Shaylee Peters dominated in the early going for the Wolves, scoring in the low post on the first possession and burying a three on the second, then ripping away a steal and getting to the line. M-W-P led 5-0 in the early going. But the Lady Comets focused their defense on her and made things increasingly difficult, and no teammates could make them pay.

Dalton’s defense helped swing the game Naselle’s way. Early on she stole a pass, leading to a pair of Katyryniuk free throws, followed by a blocked shot. She continued making big defensive plays as the game slowly tilted Naselle’s way. After falling behind 5-0, the Comets outscored Morton-White Pass 15-2 the rest of the half, a stretch in which Katyryniuk had seven points including a three-pointer.

In the second half, Dalton got going on the fast break. Then, she poked some holes in the Wolves’ half-court defense, including a lay-up off a hesitation dribble for a 26-12 lead.

Katyryniuk, who did most of her damage on long jumpers, changed things up on a play late in the game. The freshman called for a screen, then drove the baseline and scooped it in. That was part of a stretch in which she scored eight straight points for a 34-14 lead. Katyryniuk closed the scoring with her second three-pointer of the night with 2:16 left.

VANCOUVER — Peyton Dalton had 12 points, six steals and four assists, and Jackie Steenerson added 14 points and nine rebounds in Naselle’s 58-18 victory over the Washington School for the Deaf in the Thursday, Dec. 12 league opener. Naselle improved to 2-2 on the year.