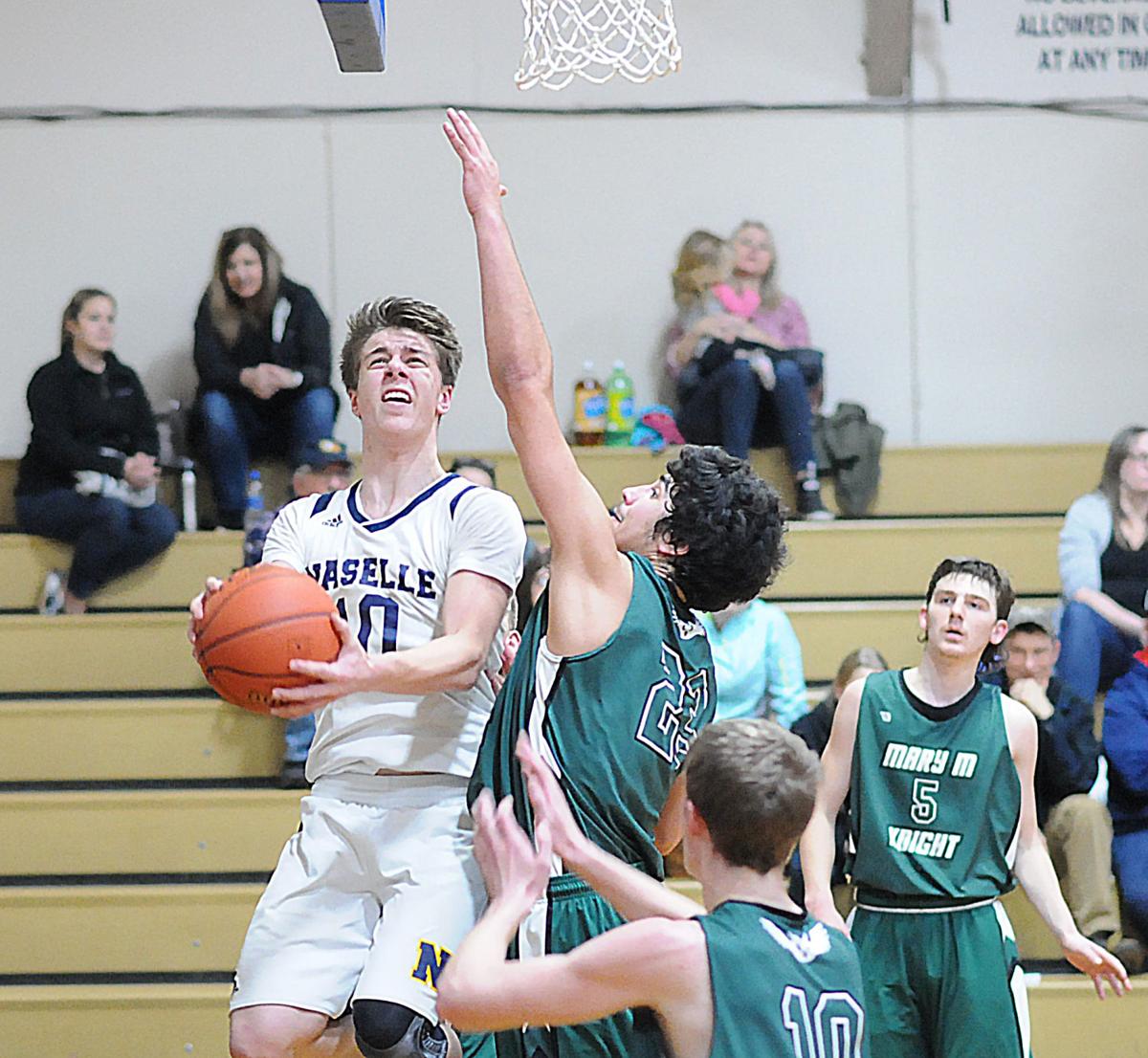 Jack Ruch rises under the basket as Isaiah Compton guards him. 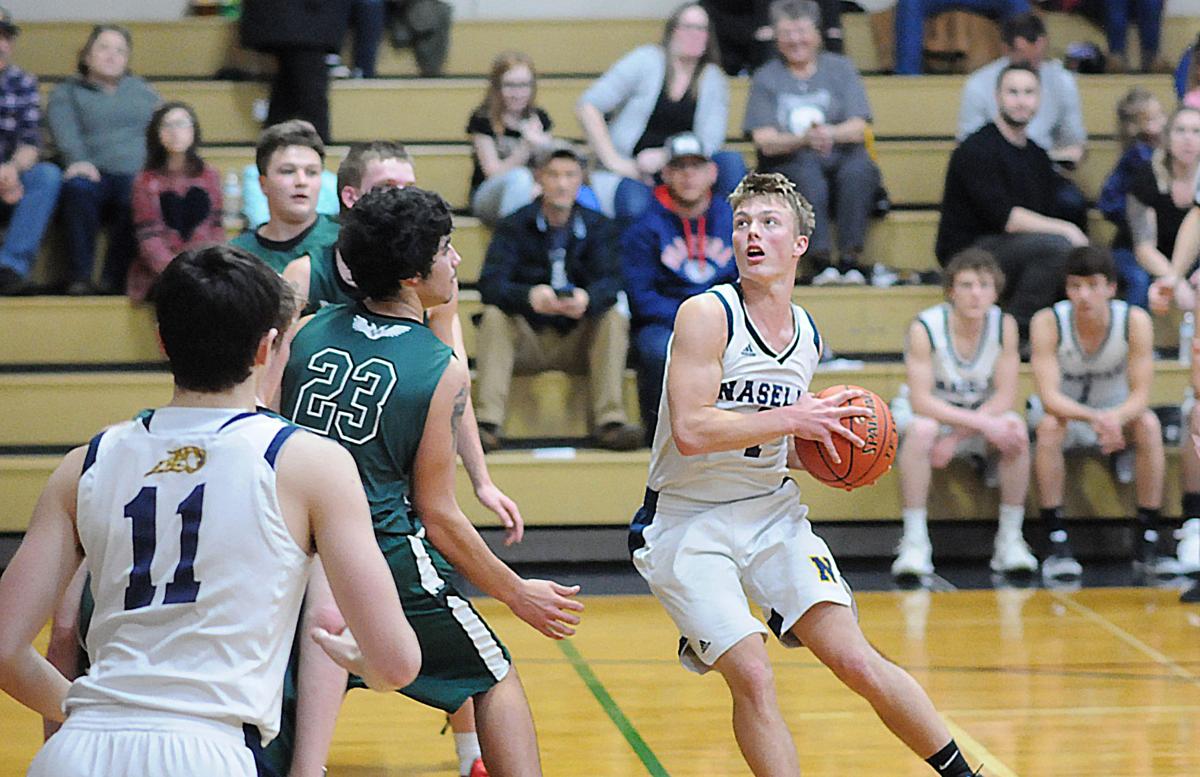 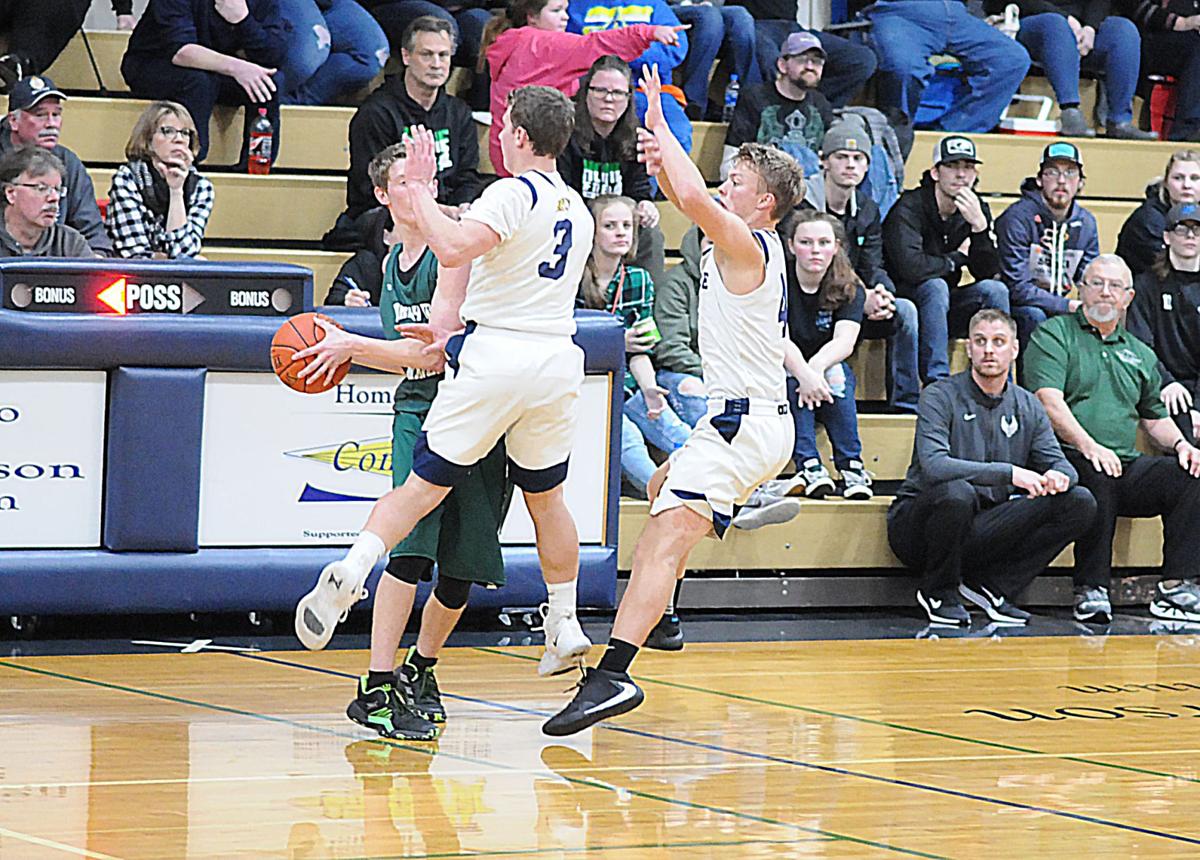 Jimmy Strange (no. 3) and Ethan Lindstrom (right) trap a player at half-court. 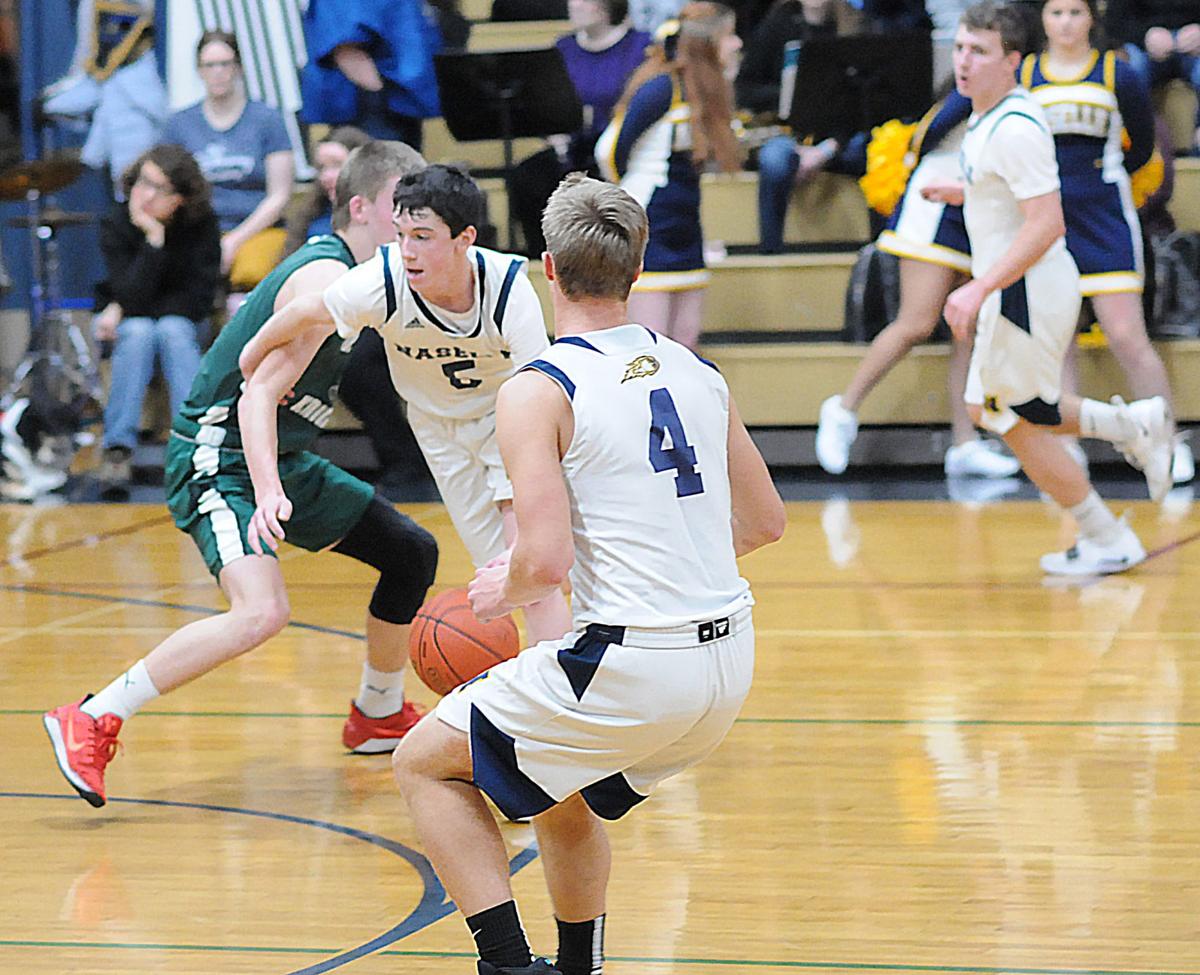 Kolby Glenn surreptitiously hooks his arm around a defender as his starts his drive. Ethan Lindstrom (no. 4) stands ready beyond the arc.

Jack Ruch rises under the basket as Isaiah Compton guards him.

Jimmy Strange (no. 3) and Ethan Lindstrom (right) trap a player at half-court.

Kolby Glenn surreptitiously hooks his arm around a defender as his starts his drive. Ethan Lindstrom (no. 4) stands ready beyond the arc.

Lindstrom, with help from the passing of Glenn, got the Comets’ offense going at breakneck pace as the team scored 20 points in the final 4:03 of the first quarter to break open a 5-4 game. Lindstrom started the scoring spurt by spinning past two defenders on the break, getting to the line and hitting a free throw. Eighteen seconds later he nailed a three-pointer. During the stretch, Lindstrom also hit a lay-up on Glenn’s three-quarter-court baseline-in-bounds pass over a Knight press; scored on the break on a Glenn outlet pass after a made basket by Knight; and flew to rim level to convert Glenn’s alley-oop pass. Jack Ruch’s fade-away shot over a double team made it 25-9 after a quarter.

The Comets’ fast pace as they broke the game open was fueled by stolen passes. Often, Naselle’s athleticism overcame good execution by the Owls against the press. On one play, the Owls were finishing a press-break with a pass to a player under the basket. But Jimmy Strange sprinted back, made a leaping play on the ball, saved it in-bounds, then ran the floor and fed Chase Haataia for a bucket.

For most of the second quarter the pace slowed back down. Naselle’s interior players grinded out points. Ruch put in six points in the quarter. Haataia had put-backs on back-to-back possessions, the second time on a tough hooky fade-away shot in traffic to make it 39-21 with 2:20 in the half. That shot sparked another spurt by the Comets. Haataia followed by stealing a pass, leading to a Corey Gregory three-pointer. Strange and Gregory added back-to-back steal-and score plays. Lindstrom beat the halftime buzzer with a bank shot for a 48-21 lead at halftime.

Knight never made the game much closer despite a big night inside from power forward Isaiah Compton, who had 24 points.

For Naselle, Strange had four steals and six assists. Haataia grabbed eight rebounds and three steals and scored 11 points. Lindstrom finished with 19 points. Kolby Glenn hit four three-pointers in a 15-point, six-assist night. Ruch scored eight points off the bench, all in the first half.

Naselle, 7-4 on the year, was ranked fourth in the state among 1B teams in Ratings Percentage Index (RPI) due to a strong schedule. The Comets have played mostly strong 2B teams. The Owls fell to 5-6 and are ranked 29th in 1B.