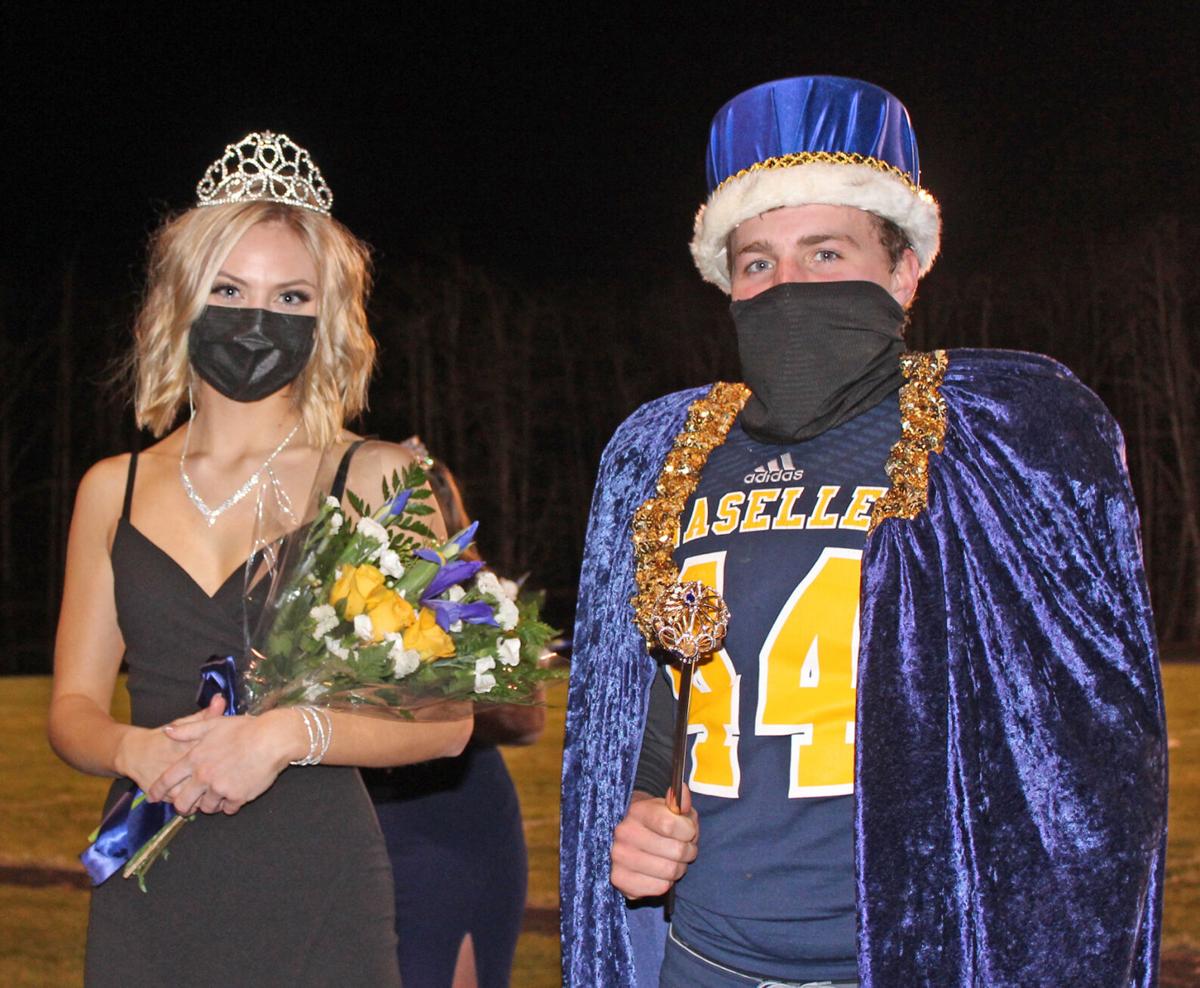 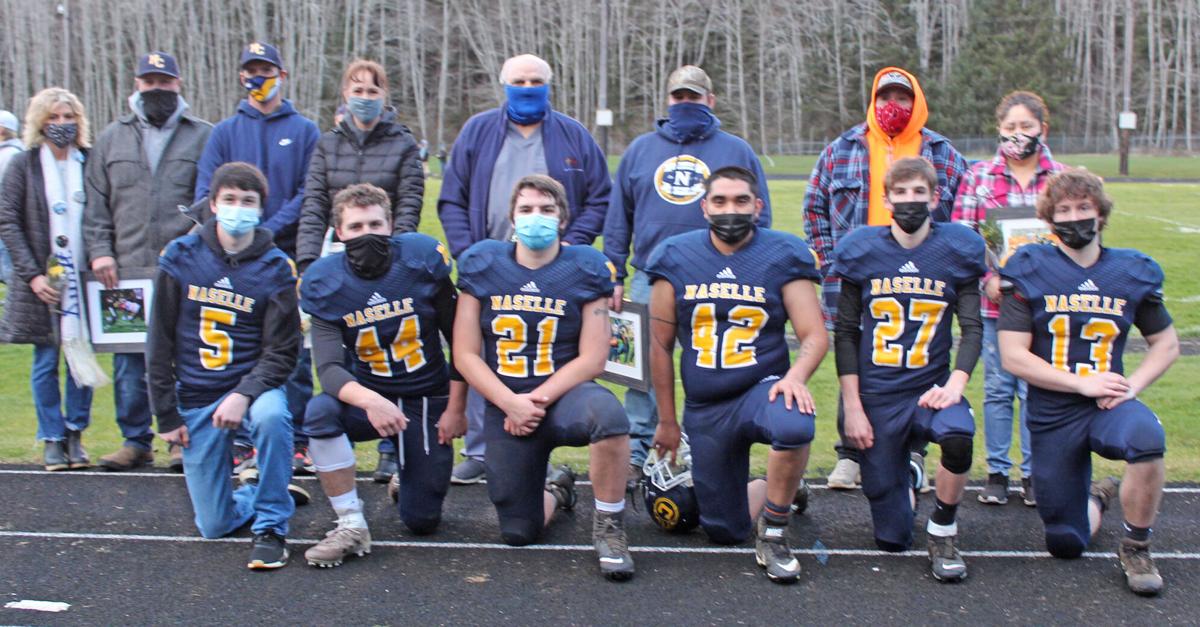 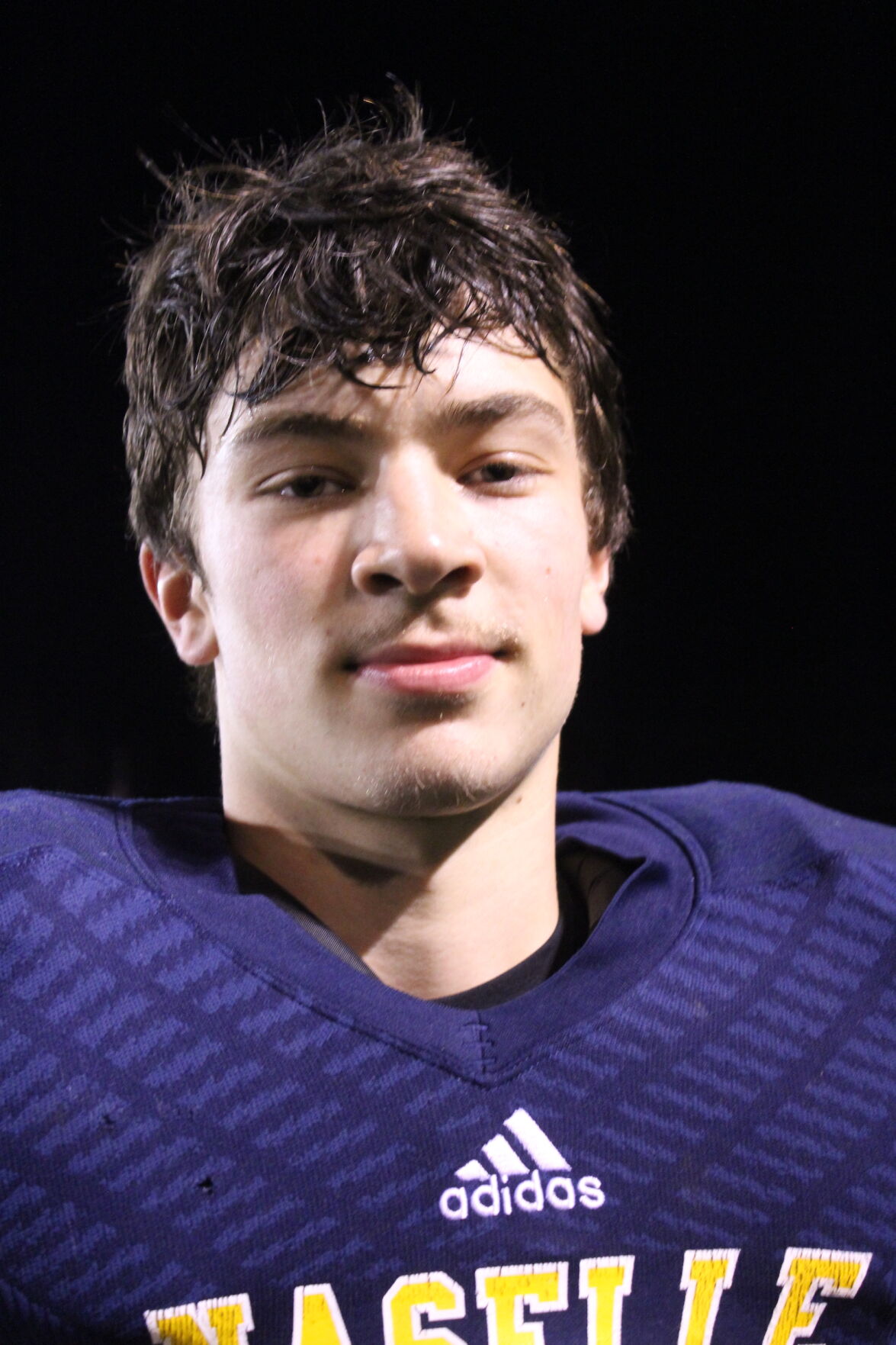 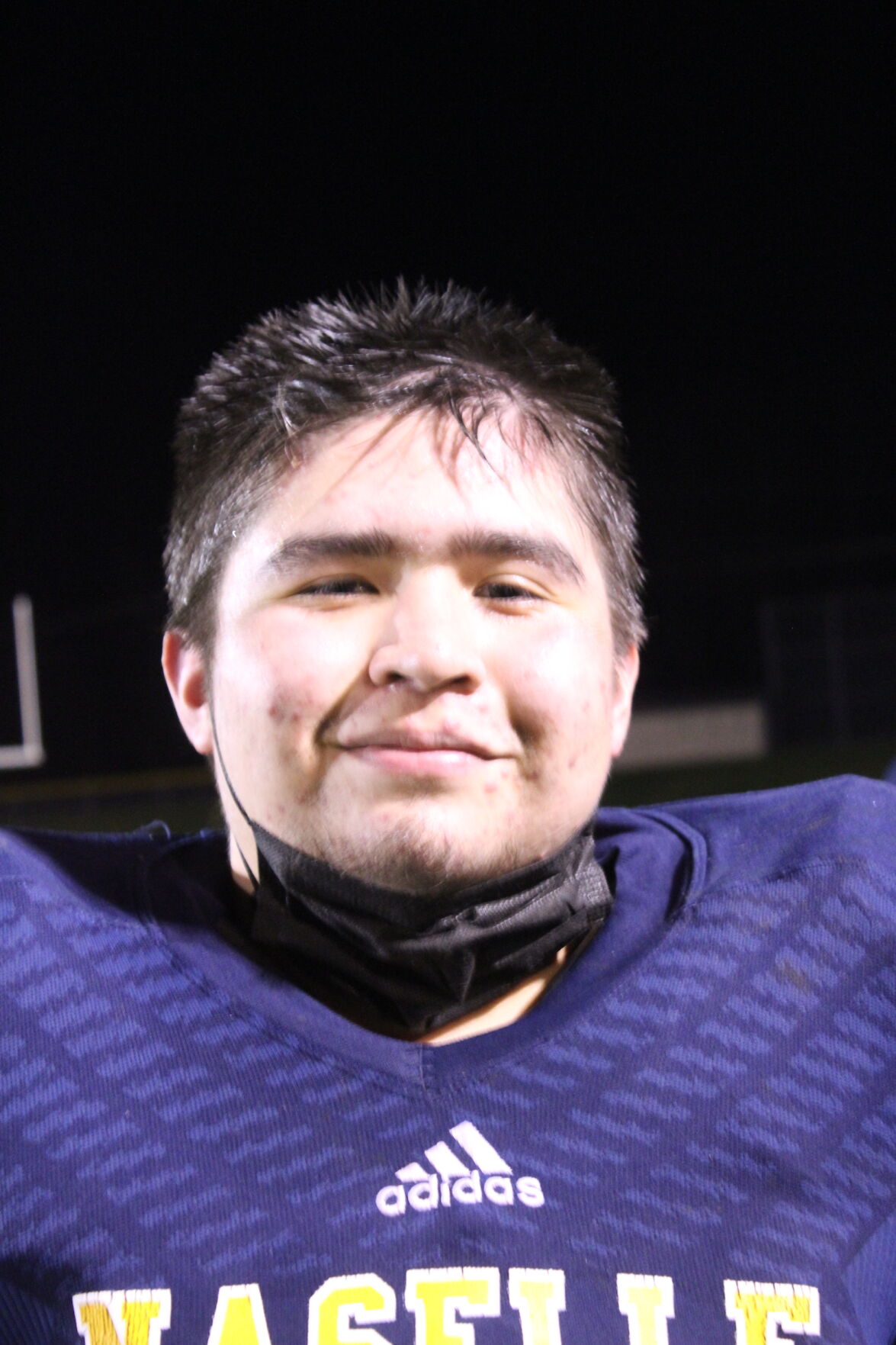 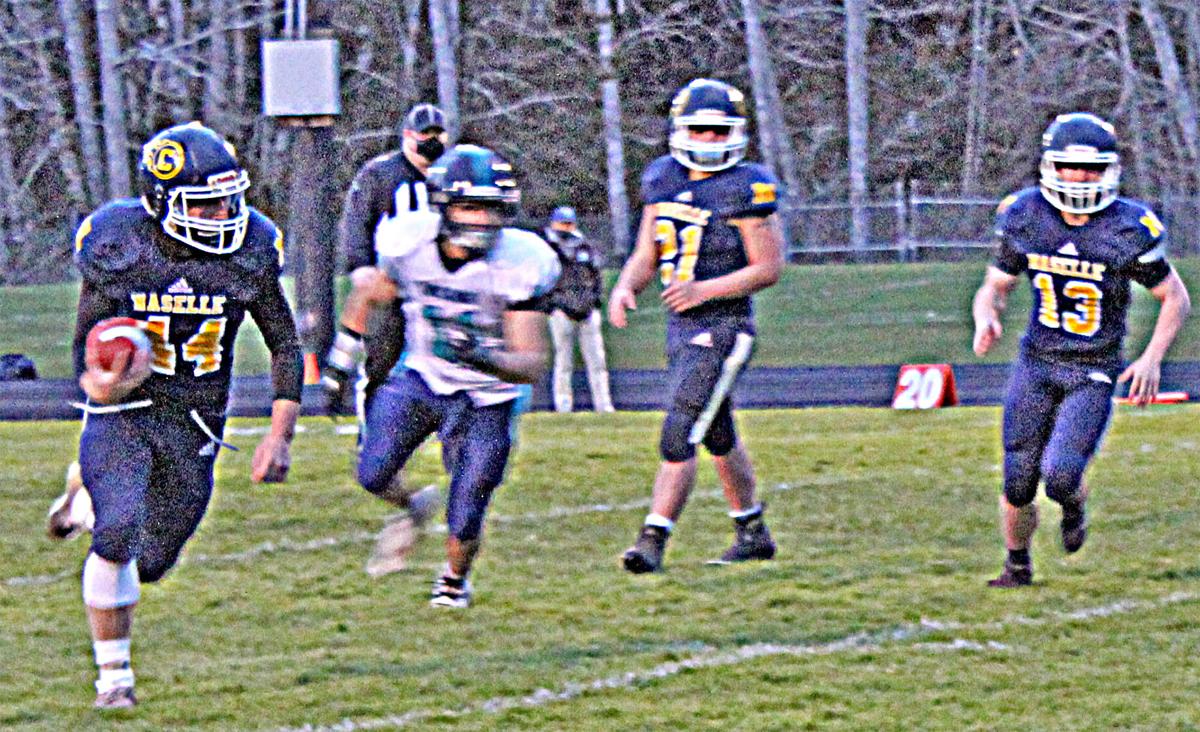 Running back Jimmy Strange (44), left, was king of the field March 6 with four touchdowns as Naselle defeated Northwest Christian 76-0. He was crowned homecoming king at halftime. Also pictured are fellow seniors Warren Wirkkala (21) and Daniel Holt (13). The Comets have a 4-0 record with two games remaining.

Running back Jimmy Strange (44), left, was king of the field March 6 with four touchdowns as Naselle defeated Northwest Christian 76-0. He was crowned homecoming king at halftime. Also pictured are fellow seniors Warren Wirkkala (21) and Daniel Holt (13). The Comets have a 4-0 record with two games remaining.

Strange had 144 yards on five carries in a 76-0 win over Northwest Christian. It was Naselle’s largest winning margin of the shortened season and the second game in which the Comets (now 4-0) have held the opposition scoreless.

Brother Joey Strange, a junior, made his mark, too. He added two touchdowns and led the tackle count with nine plus a fumble recovery.

Senior quarterback Warren Wirkkala controlled the action, gaining 98 yards on four successful passes and carrying the ball himself for 48 yards on four runs.

Just about everyone got on the scoreboard. Junior center George Wilson rolled around defenders on the crowded goal line to run in extra points to make the half-time margin 44-0 then ran through a gap to add two more later in the game.

Junior wide receiver Jason Harman caught a kickoff, ran sideways toward the grandstand but found his path blocked. He turned around and ran a 50-yard loop in the other direction, neatly sidestepping the final tackler to score.

Two senior linemen made their presence felt. Daniel Holt made seven tackles and put himself on a scoresheet with a 40-yard carry in which he outpaced defenders. And Jordan Lopez, who made six tackles, was alert when the Wolverines fumbled a high snap. He raced forward, scooped up the ball and ran it in.

To complete senior night celebrations, an alert Trevor Johnson was in exactly the right place when a deflected 2-point conversion toss was tipped into his hands for the final score.

Next up for the Comets is a road trip to Taholah 5 p.m. Friday March 11 followed by a season finale March 19 (details to be announced).