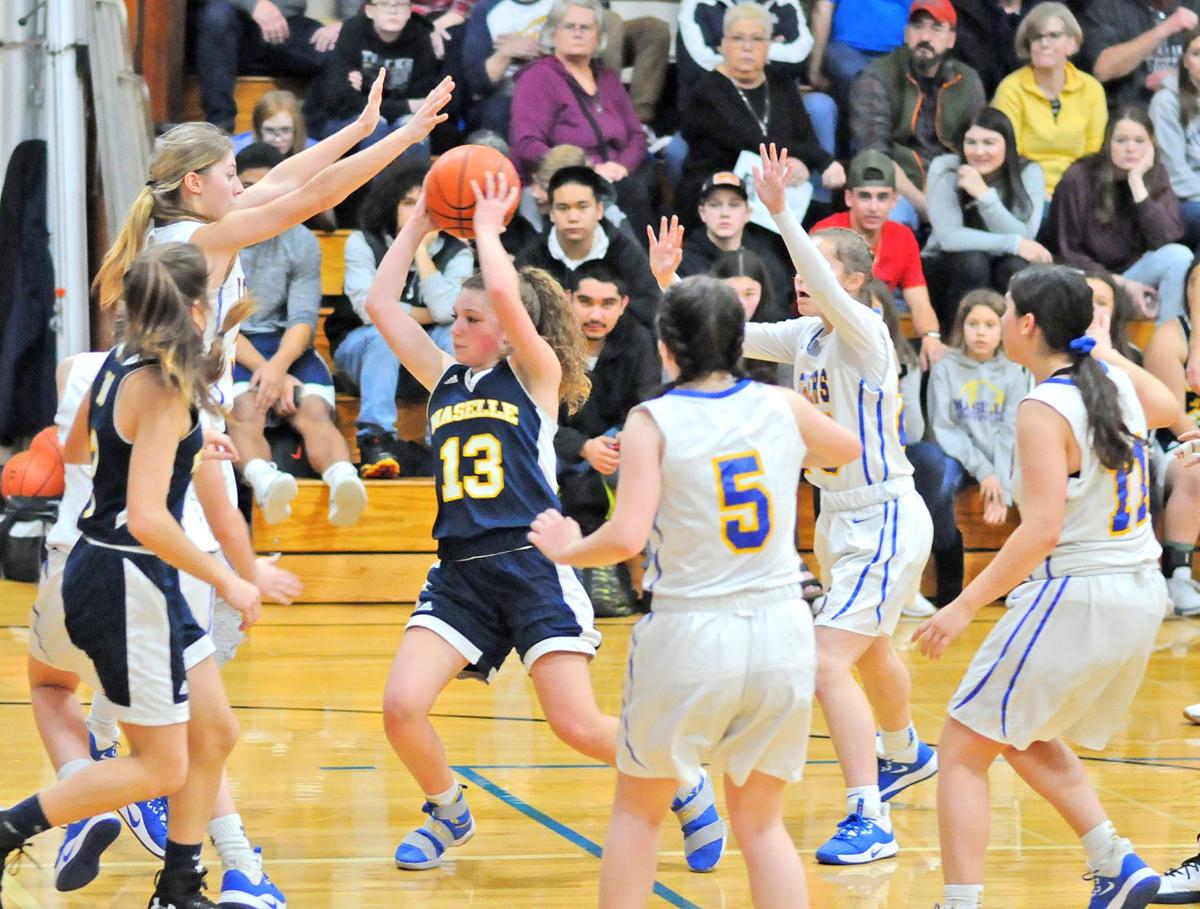 Bella Colombo gets into the lane and draws the Knappa defense. 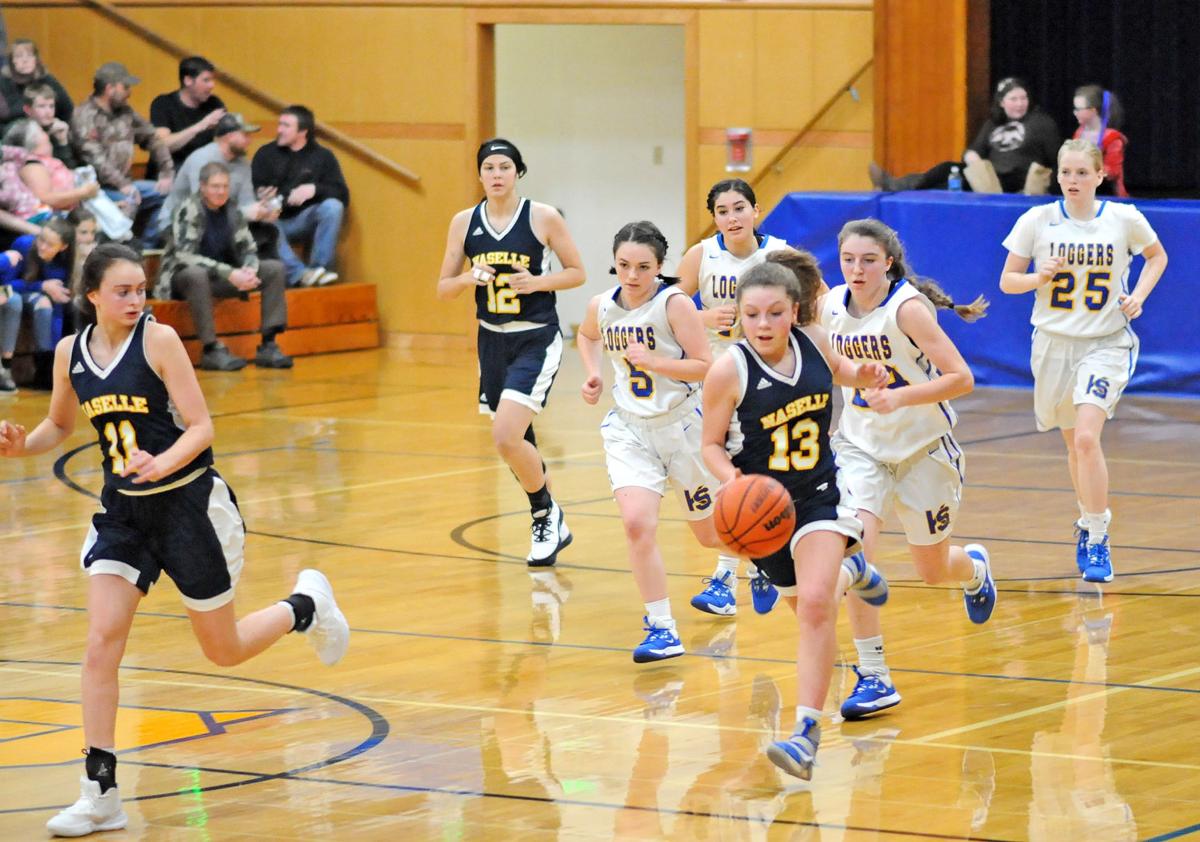 Bella Colombo runs a fast break against Knappa as Lauren Katyryniuk gets out in front and Hollie Haataia trails.

Bella Colombo gets into the lane and draws the Knappa defense.

Bella Colombo runs a fast break against Knappa as Lauren Katyryniuk gets out in front and Hollie Haataia trails.

KNAPPA — Jackie Steenerson led the charge as Naselle came back to take brief leads after trailing by nine in the second half, but Madelynn Weaver’s hot shooting late gave Knappa a 41-37 victory Friday, Jan. 10.

Knappa led 23-14 early in the third quarter. But Steenerson sparked a 9-0 run, which was also fueled by a three-quarter-court press that the Loggers struggled to handle.

Steenerson saved an offensive rebound in-bounds to Echo Cenci for an easy two points to start the run. Midway through the quarter, Steenerson scored seven points in just a few seconds. She made a powerful move in the post, forcing her way to the middle and converting a three-point play, then followed with an interception at half-court and a layup. An illegal screen by Knappa near half-court gave Naselle the ball back, and Steenerson banked in a runner to tie it at 23.

Hollie Haataia gave Naselle the 27-25 lead with a shot from the high post with 2:14 in the third. The Comets again had a brief lead at 29-28 early in the fourth, when Peyton Dalton hit a pair of free throws after being fouled under the basket on a fast break.

But Weaver took over late. She gave Knappa the lead back with a steal and layup. She then sank a three-pointer, made a cross-court pass to set up an easy bank shot, and added another three for a 40-33 lead with under four minutes left.

Steenerson ran a baseline-inbounds give-and-go with Lauren Katyryniuk, drawing two defenders in the low post and hitting an open Katyryniuk, who buried a foot-on-the-line two, cutting the lead to 40-37 with 1:38 left.

But there is no shot clock in Oregon, and Naselle had five fouls to give. The Comets finally got the Loggers to the free throw line with 12 seconds left. Naselle was twice called for fouls while nearly forcing a turnover on the possession, which lasted 1:26. Katelynn Weaver hit one of two free throws to clinch the game.

Sorry, there are no recent results for popular articles.

Sorry, there are no recent results for popular images.