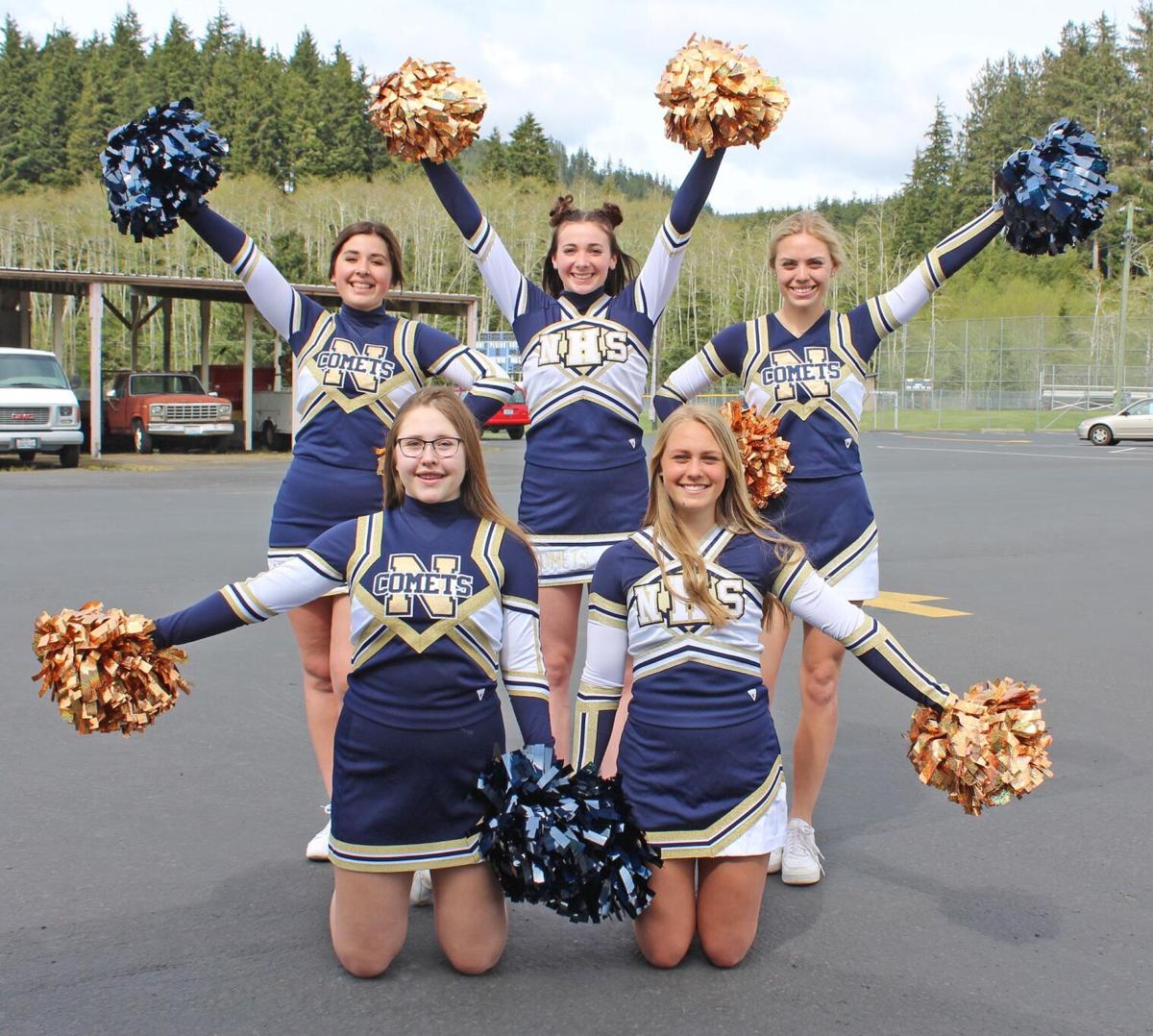 Inside the gym they will be masked, but here are some outdoor smiles from the Naselle cheerleading squad. Back row, left to right, are Emma Colombo, Kaylin Shrives and Kylee Tarabochia. Front row, Ella Oldham, left, and Brynn Tarabochia. Not pictured are Beonna Vivlemore, Mia Watson and Bella Dunagan. 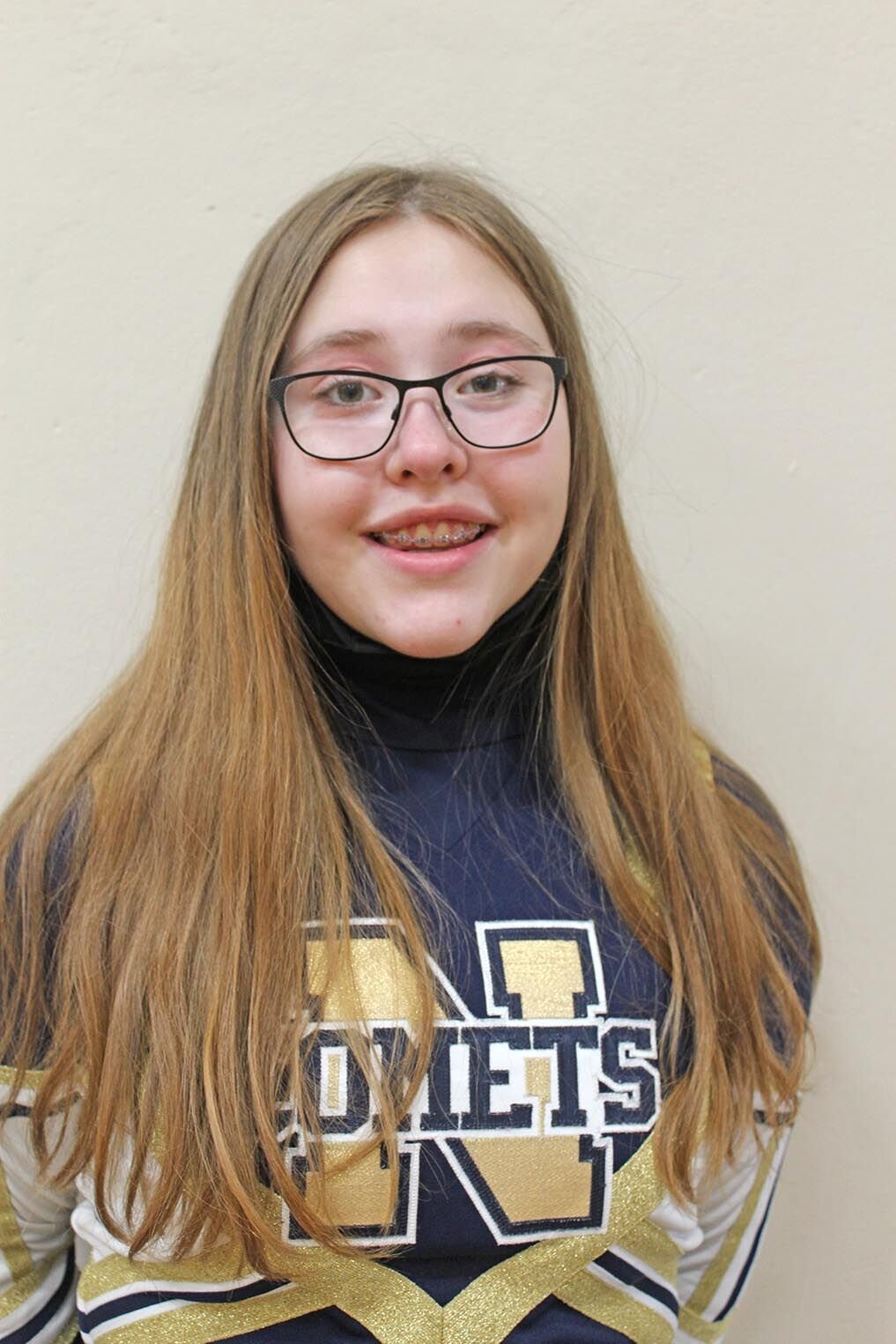 Ella Oldham, NHS cheerleader: ‘I was shy and reserved, I became confident.’ 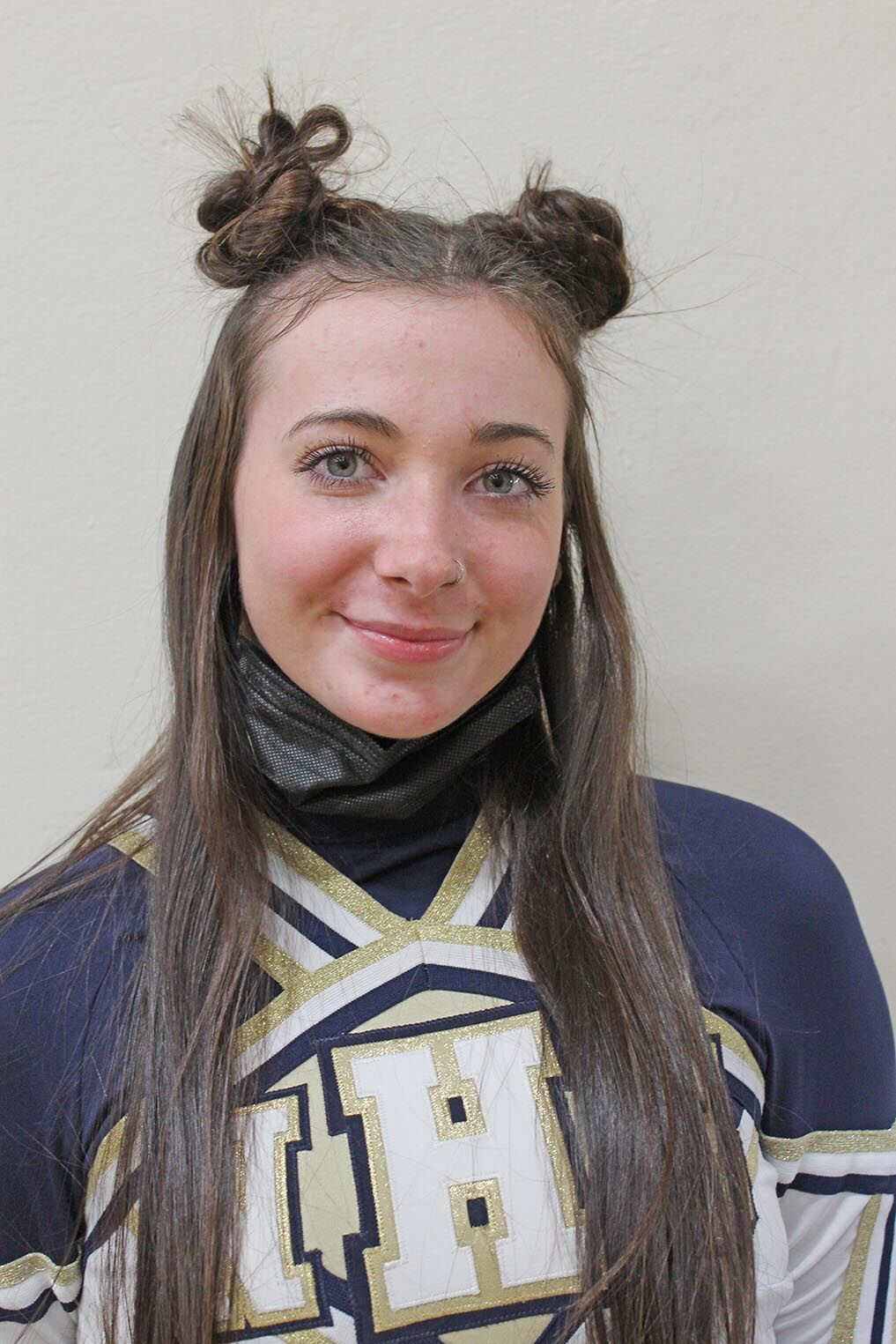 Kaylin Shrives, basketball player: ‘When you are a player, hearing the cheers, it gets me fired up.’

Which high school squad has had the biggest challenges to overcome in preparing for its season?

If you answered “cheerleaders,” you may be correct.

Comet coaches Blair Gray and Herlet Padilla have been faced with a quandary. How do their eight squad members observe all the necessary safety regulations while their assignment is yelling cheers inches away from players and fans?

“These girls are resilient,” said Gray, praising her athletes for adapting to change and uncertainty. “I am so happy with this cheer squad.”

Their softball teammate, junior Mia Watson, is beginning her third year in cheer, as is sophomore Ella Oldham. Two sophomores have joined the squad for the first time. Kaylin Shrives, who has just completed track, and Bella Dunagan. Unusually, Shrives will also play basketball during the Covid-shortened final season.

Practice has meant coaches recording everyone’s temperatures before they can participate, squad members always wearing masks, and making sure dance routines are “socially distanced” where possible.

But there was no statewide summer camp to learn new routines and the squad only recently learned that stunts — human pyramids during halftime — will be allowed.

“The girls are excited to be able to stunt,” said Padilla, who is Watson’s mother. “It’s going to be different when you don’t have the same number of spectators.”

Brynn Tarabochia is the team’s primary “flyer” — the girl who climbs the highest when they form a pyramid. With experience from last year, she doesn’t feel pressure. “It’s relaxing,” she said. “We work hard and love to show our dances.”

Naselle’s school spirit pervades the Lyle Patterson Gym as it does the Reuben Penttila Field. The cheerleaders simply harness it.

Ella Oldham typifies that. She is a sophomore — but this will be her third season coaxing noise from fans and encouraging the basketball teams to victory.

“I try to put myself out there and maybe be a role model in the community,” she said, having clearly anticipated being asked why she works so hard supporting her classmates. “I think a lot of other girls feel the same way.”

Oldham began cheering as an eighth grader. She is the first to concede she was a different person when she first put on a cheerleader uniform. “It’s a confidence builder,” she said. “I was shy and reserved, I became confident … like a butterfly.”

Players appreciate the vocal support. Shrives, who also plays volleyball, has just completed a track season which ended with top-five finishes in all her four events at the District meet. She is joining the cheer squad for the first time — but will only cheer the boys. When the Naselle girls team plays, she’ll be on the court.

“When you are a player, hearing the cheers, it gets me fired up,” Shrives said. “When it’s quiet, I can’t play.”

Her coach agrees, but with a caveat.

Rose Nisbet is entering the Covid-delayed 2021 season amid uncertainty about schedules and expectations. But the one thing she knows her Comet girls basketball team can count on is support from their classmates on the cheer squad.

Experienced cheerleaders like Vivlemore have spoken previously about attuning themselves to the pace and progression of the game. As captain last year, she taught the others how timing is crucial.

Nisbet agrees that is the key to being able to lift players at important moments. “When they can identify momentum in a game, when they align, it’s 100 percent,” the coach said.