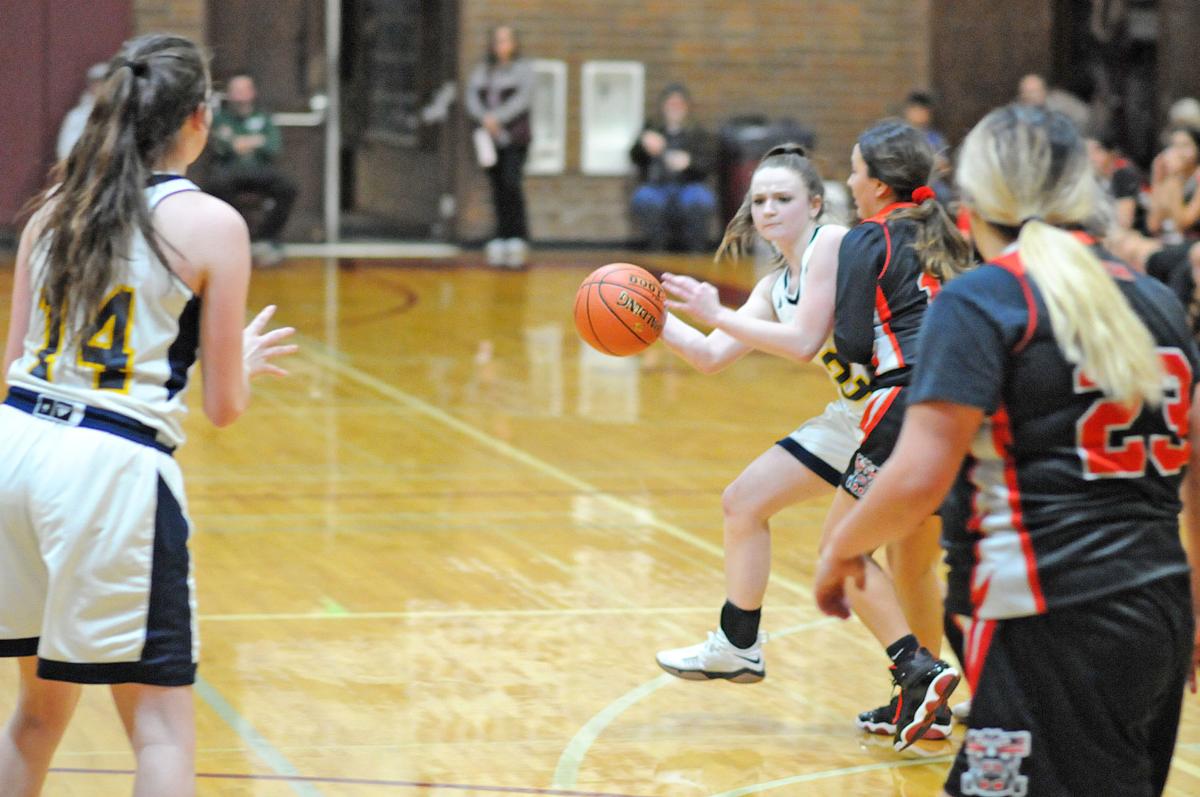 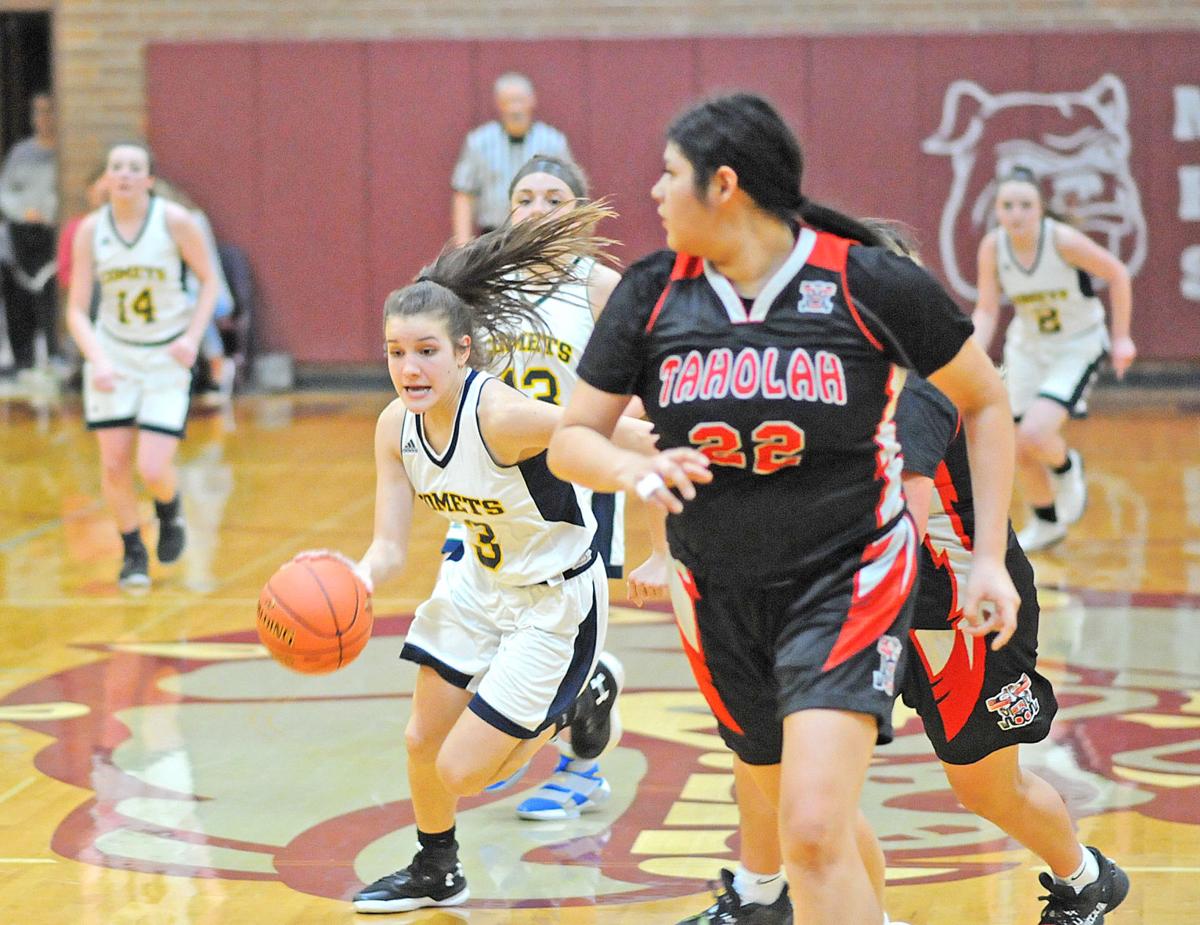 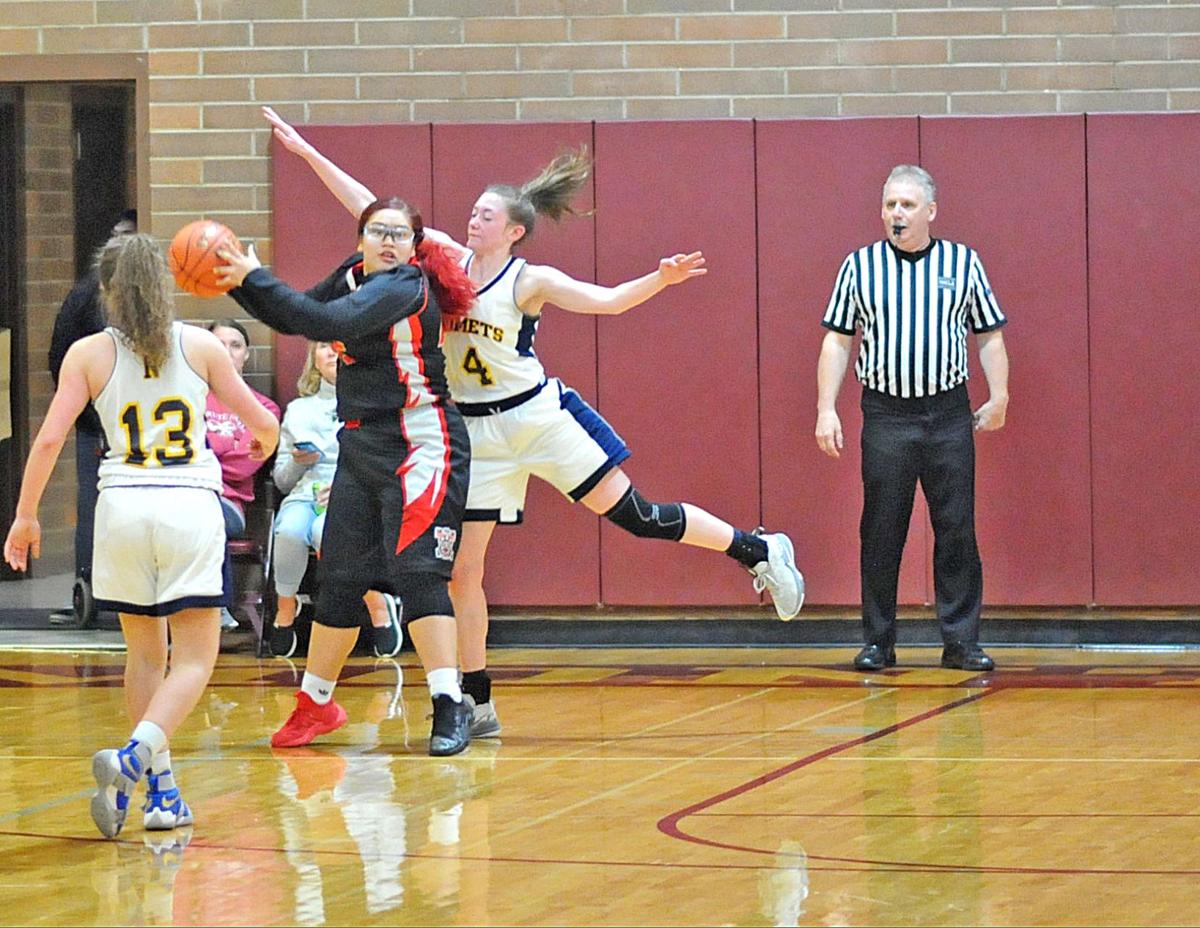 MONTESANO — Delaney Kragerud’s layup got Naselle to overtime, but a clutch three by Ashley Hidalgo late in OT put Taholah on the way to a 50-40 District finals win Thursday, Feb 20.

With the Lady Chitwhins ahead 35-33, Taholah’s Niamiah Curley-Salto went to the line with 59.8 seconds in regulation but missed the front end of a one-and-one. The Comets then beat Taholah down-court, and Lauren Katyryniuk slipped a shovel pass to Kragerud for the tying lay-in.

In overtime, Naselle led 38-37 with 1:34 left, but the overtime period swung Taholah’s way. McCrory, reading the Naselle play, stole an entry pass intended for Jacky Steenerson, leading to a fast-break layup by Precious Cross Guns for a three-point lead. After another Comet turnover, Hidalgo nailed her dagger three on a baseline-inbonds play to make it 44-38 with 55.2 seconds left. Taholah hit four of six free throws the rest of the way, plus a put-back on one of the misses, to close out the win.

Kragerud, a freshman post who returned from injury late in the season, scored the first seven Comet points of the second quarter thanks mostly to her rebounding proficiency, making a pair of put-backs and adding two free throws after a defensive board.

Taholah, playing stifling defense out of halftime, started the third quarter on a 10-1 run to open up the largest lead of regulation.

Naselle answered with an 11-0 run. Katyryniuk’s three-pointer from the bend in the arc gave the Comets a 31-30 lead with 6:14 to play. Echo Cenci scored on a cross-key pass from Kaylin Shrives to make it 33-30. But Taholah took the lead as Naselle went on a five-minute scoreless stretch, which Kragerud broke up with her tying layup late in regulation.

As the second-place team out of District IV, Naselle gets one of the District’s three seeds at Regionals, where they will take on Muckleshoot Tribal at Auburn Mountainview High School Friday, Feb. 28 at 6:00 p.m.