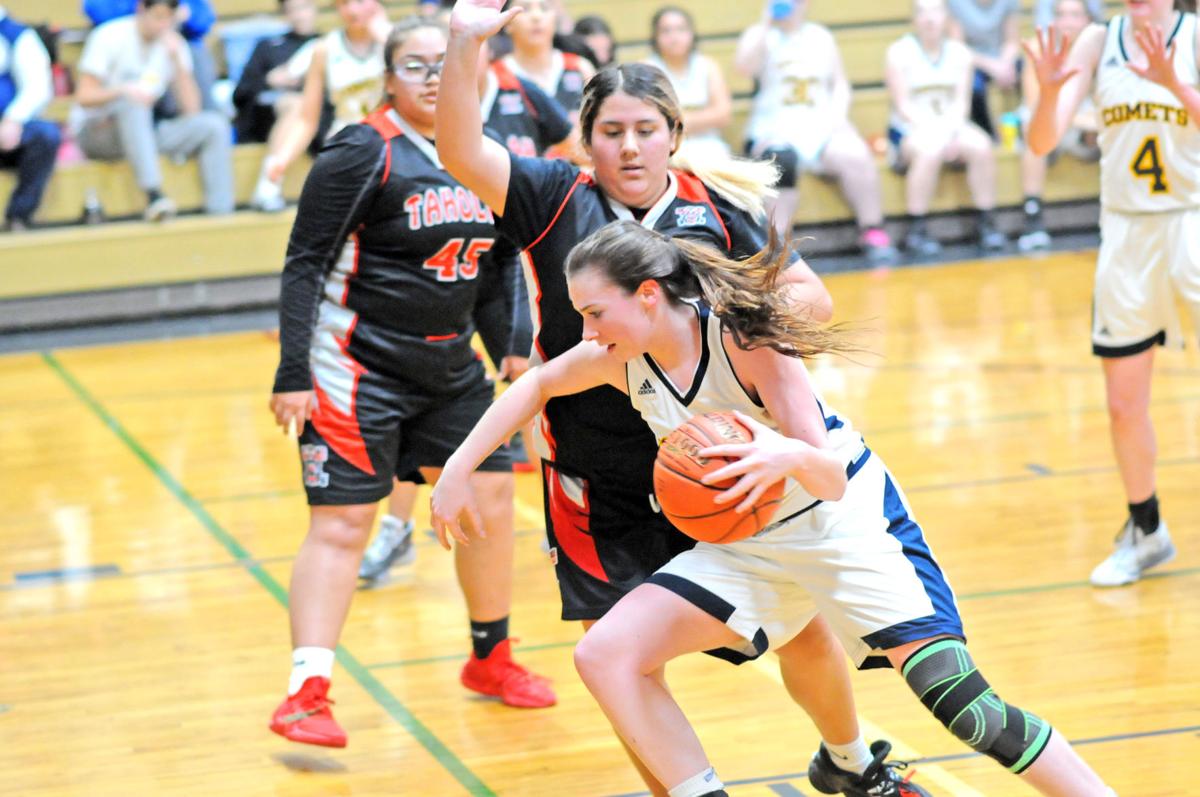 Kaylin Shrives dribbles toward the basket against Taholah. 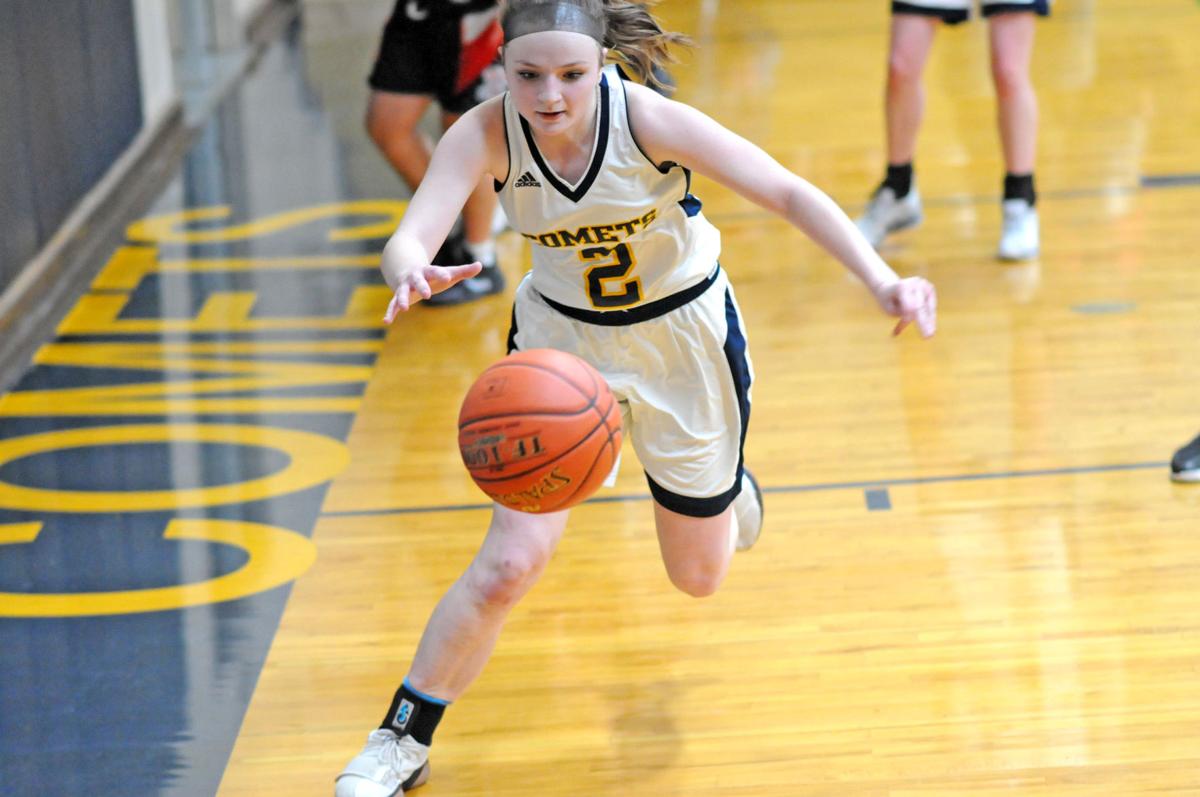 Peyton Dalton tightrope-walks the baseline after saving a ball in-bounds. 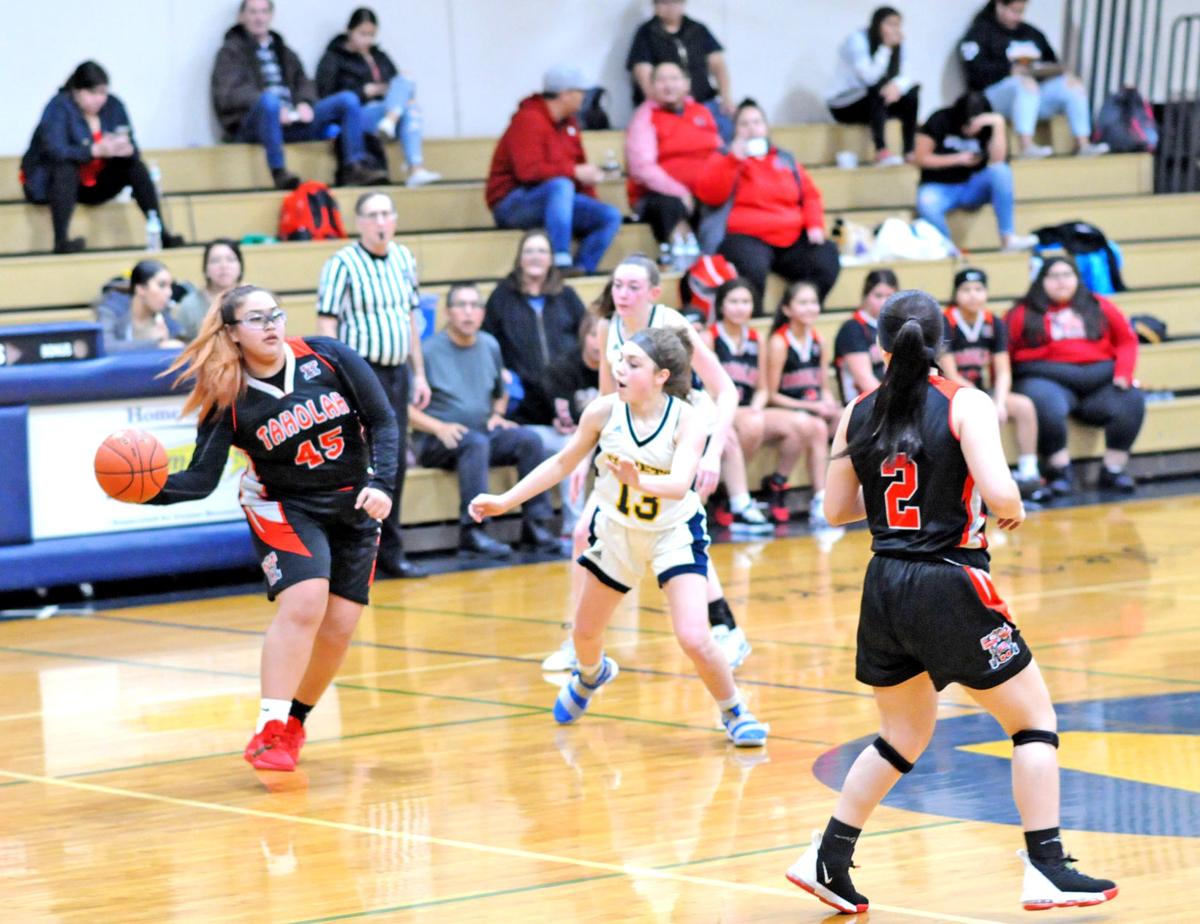 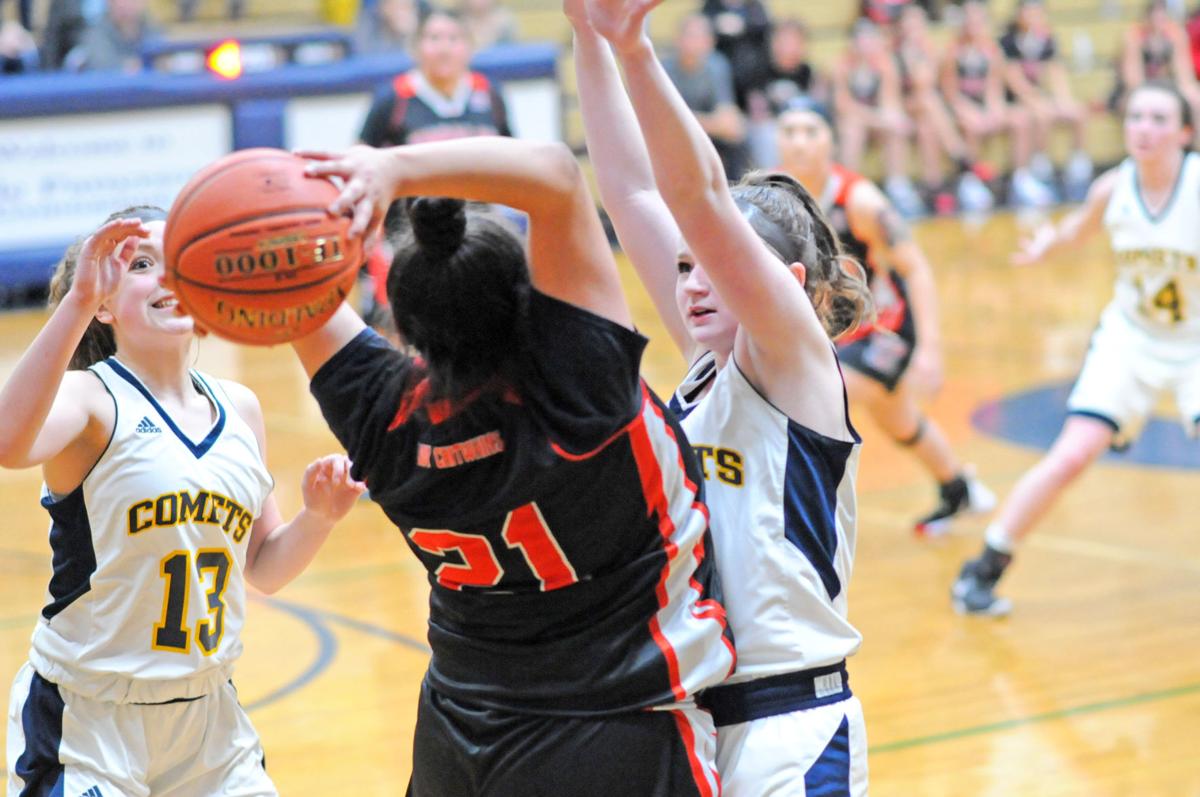 Bella Colombo (left) comes over to join Peyton Dalton in a sideline trap of Tiana Ramirez.

Kaylin Shrives dribbles toward the basket against Taholah.

Peyton Dalton tightrope-walks the baseline after saving a ball in-bounds.

Bella Colombo (left) comes over to join Peyton Dalton in a sideline trap of Tiana Ramirez.

NASELLE — Jackie Steenerson scored seven points in the first 1:42, helping Naselle open on a 15-0 run against Taholah. That opening stretch proved decisive in a Thursday, Jan. 30, 54-42 non-league victory over Taholah, the first-place team in the Coastal League.

Both teams have experienced major roster turnover since the Denise Curleybear-led Taholah beat Naselle by 26 on their way to the District title last season. Naselle players said scouting showed that this year’s Chitwhins (9-6, 22nd in RPI after the loss) rely on three-point shooting, featuring Nakeah McCrory in the post and surrounding her with shooters. The Comets (7-8, 25th) had a clear edge in team speed, and also looked a beat ahead in reaction time at both ends of the court in the early going.

Steenerson started off the night’s scoring with a put-back. At the other end, she picked off an entry pass to the post for Nakeah McCrory and took it the distance for a layup. Peyton Dalton stole passes on the next two Chitwhin possessions, lurking on the back end of Naselle’s defense as the Chitwhins looked for passes out of pressure at half-court.

“I knew we hadn’t beaten Taholah in a while,” said Steenerson, a senior. “I really wanted to come out and be strong in the post.”

After Steenerson scored seven of Naselle’s first nine points, Lauren Katyryniuk followed with back-to-back three-pointers to make it 15-0 after just 2:54.

Dalton continued her playmaking on both ends of the court. She had four steals in the quarter, following the last with an outlet to Echo Cenci for a bucket. She fed Steenerson rolling to the basket, giving Steenerson nine first-quarter points. Dalton grabbed an offensive rebound and fed Hollie Haataia, making it 23-5 after a quarter. Dalton nailed a baseline jumper early in the second quarter to make it a 25-5 game.

Naselle led 35-13 at halftime and 52-26 late in the third after Katyryniuk’s third three-pointer before Taholah closed the gap late.

Lauren Katyryniuk scored on a pass from Bella Colombo on the opening tip, but the Lady Comets struggled with turnovers, scoring just one point over the final 6:47 of the quarter to lead 5-4 at the quarter mark.

Jackie Steenerson broke the slump with a heavily-contested bank shot at the start of the second. Steenerson shortly added a put-back and a pair of steals. The Comets then went cold from the field, scoring only once in the final 6:45 of the half, but the Lady Eagles couldn’t do any damage either and trailed 12-4 at halftime.

Leading only 14-4 midway through the third quarter, the Comets got themselves going by repeatedly beating Three Rivers down-court. Naselle scored 17 points over a five-minute span starting with about 4:30 left in the third quarter for a commanding 31-7 lead.