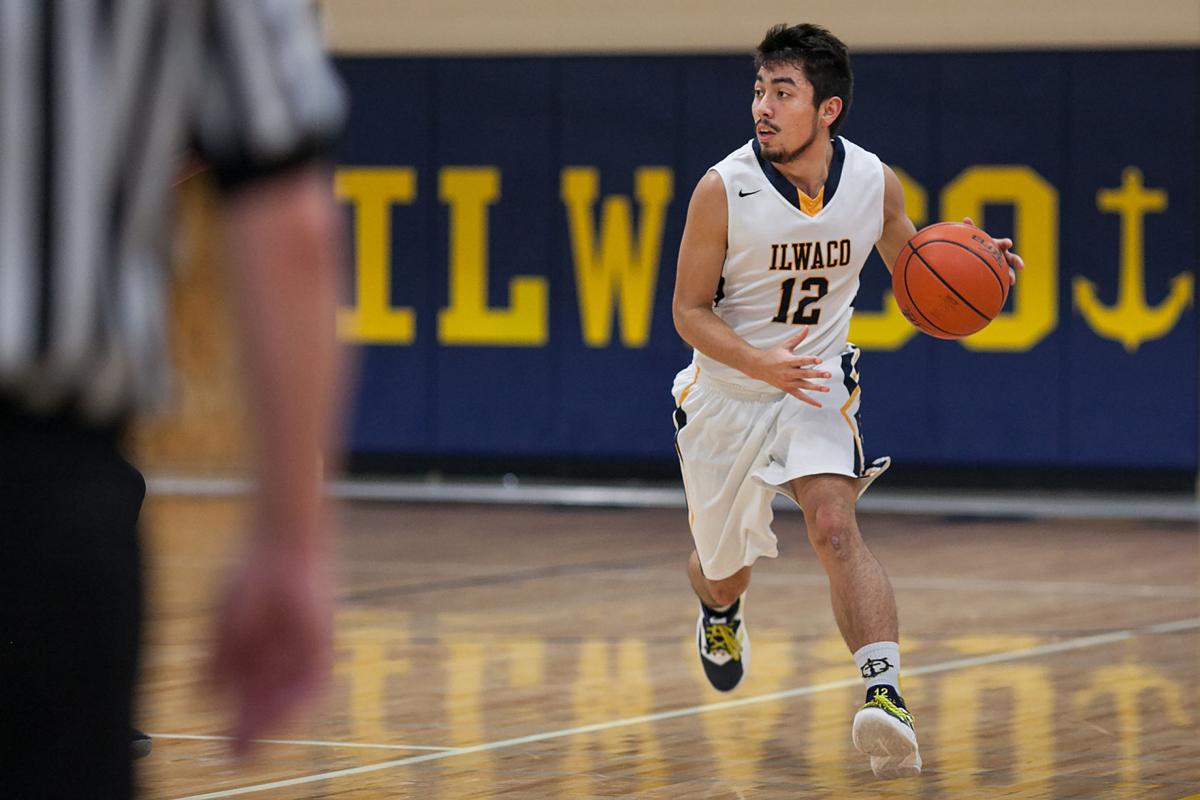 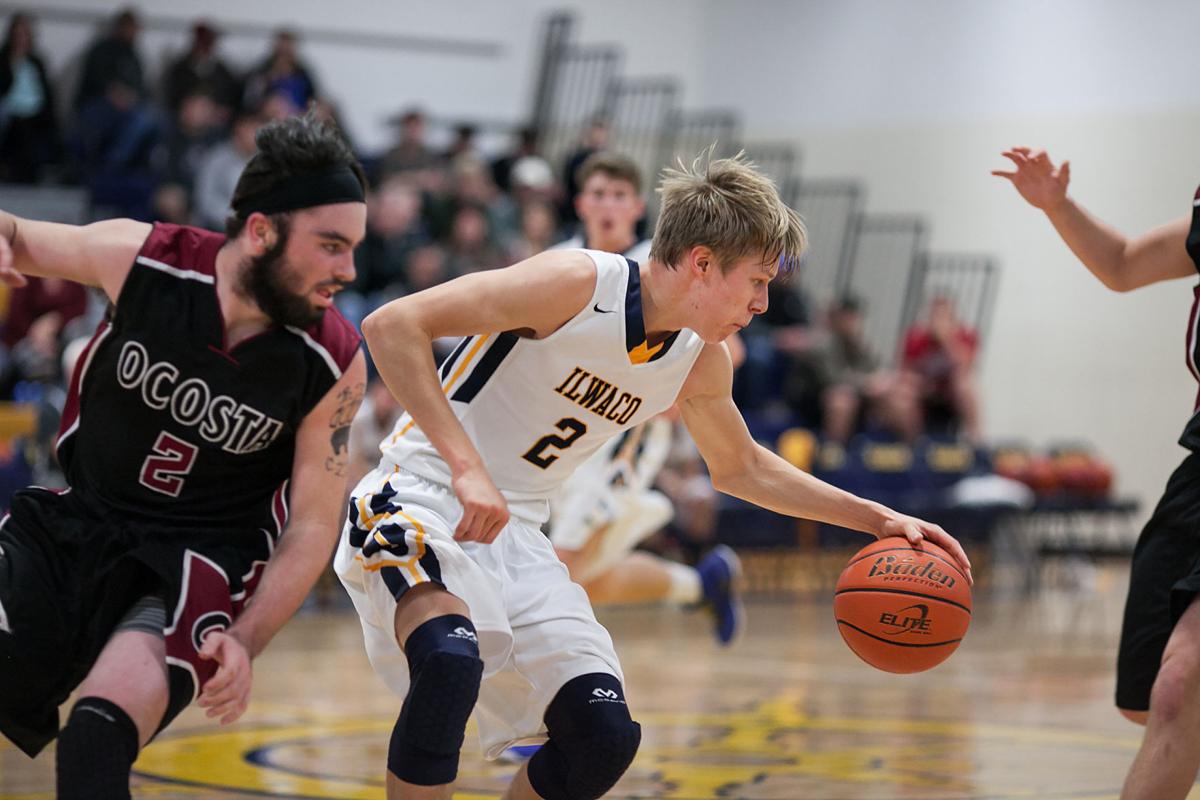 Zac Tapio drove through traffic during the Fishermen's win over Ocosta. 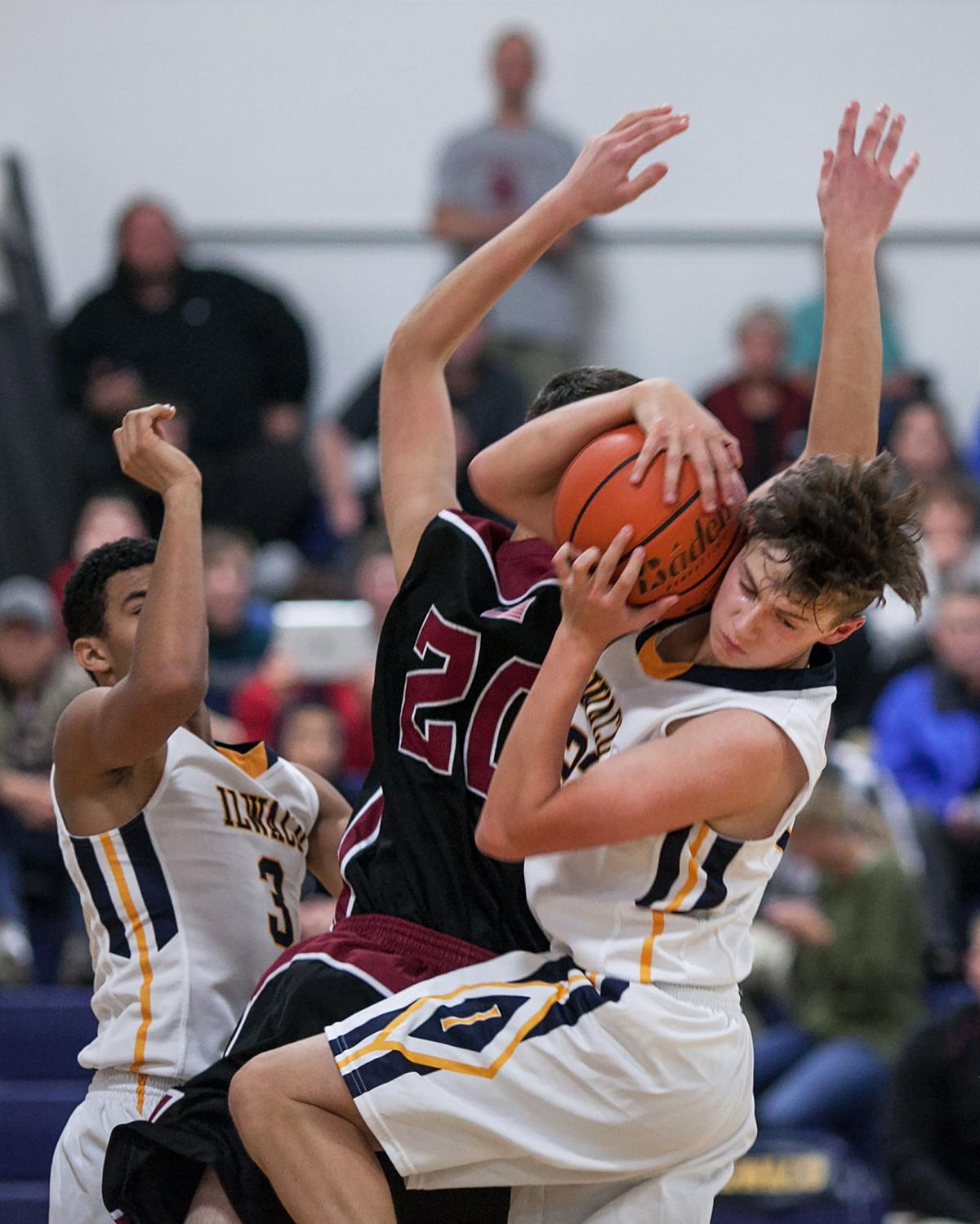 Ilwaco's John Glenn fought for a rebound during the Fishermen's game with Ocosta.

Zac Tapio drove through traffic during the Fishermen's win over Ocosta.

Ilwaco's John Glenn fought for a rebound during the Fishermen's game with Ocosta.

Playing its third game in four days, Ilwaco had to rely more on its half-court game than the energetic pace it showed in wins over South Bend and Ocosta, according to coach Tim Harrell. Because the game was played in Oregon, where there is no shot clock, the Warriors were able to slow the game, Harrell noted.

The Fishermen therefore relied on defense and half-court execution. Harrell cited strong play in the post from Robert Woods and Reese Tynkila as a crucial factor in the win. Woods scored 11 points on four of seven shooting, along with six rebounds and two steals. Tynkila added six points on three of five shooting.

Ilwaco held the Warriors to nine points combined in the second and third quarters to take a 38-23 lead. Woods guarded Christian Holt, a dangerous three-point shooter who burned Ilwaco last season. He held Holt to just one three-point attempt, a miss. Holt scored 10 points, six of them in the fourth quarter. Dalton Knight stepped up to hit five three-pointers for Warrenton, accounting for much of their offense.

ILWACO — The Fishermen beat Ocosta 66-50 in their home opener on Friday, Dec. 2, behind 21 points from Ethan Bannister. It was an impressive win against an opponent coming off a 23-4 season, though the Wildcats lost four of their six leading scorers to graduation.

Ocosta took an 18-13 lead midway through the second quarter, as both teams maintained a frenetic pace while struggling to score. “Ocosta likes to play fast,” said Ilwaco coach Tim Harrell. “On defense, they try to force you to rush things. We were taking quick shots.” However, the Wildcats’ defensive aggressiveness eventually worked to the Fishermen’s advantage, as their repeated fouls quickly put Ilwaco in the bonus. The Fishermen hit eight straight free throws to move ahead 21-20.

Ethan Bannister then scored 17 of Ilwaco’s next 21, hitting five threes and a fade-away two from the baseline during a stretch spanning the late second and early third quarters. That built Ilwaco’s lead to 42-28.

In a game between high tempo teams, the Fishermen were increasingly in control. Ilwaco calmly passed the ball against an Ocosta full-court press until Alex Kaino found John Glenn behind the defense for a kind of delayed fast break basket for a 44-30 lead. The Fishermen found opportunities in transition or early in the shot clock rather than being hurried into things by the Wildcats’ defense. “We’ve been practicing running the offense with waves of people running at you, working on keeping control of the tempo,” said Kaino. “We’re trying to make the faster pace more comfortable for ourselves.”

Ilwaco also had the depth needed for renewed bursts of energy. Tenyson Ramsey came off the bench and attacked the basket for two layups and two free throws, helping Ilwaco stretch the lead to 60-42 in the fourth quarter. He finished with six points and two assists. Reese Tynkila added seven points off the bench.

SOUTH BEND — The Ilwaco Fishermen opened their season with a 64-23 win over the Indians, breaking open a 23-14 game by outscoring South Bend 41-9 from the late second quarter on. Ilwaco pushed the pace to create fast break baskets while still slowing South Bend to single digits in each quarter. Ethan Bannister outscored South Bend by himself in the first half, 16-15.

Bannister scored seven of Ilwaco’s first eight points. Ilwaco led just 13-8 midway through the second quarter, then began imposing a faster pace on the game. Zac Tapio stole the ball at midcourt and got it to Bannister, who converted a three-point play for an 18-10 lead. Bannister made two three-point shots late in the quarter, and Alex Kaino pulled up from 25 feet for a buzzer-beater to put Ilwaco ahead 29-15 going into the break.

In the second half, Ilwaco repeatedly beat the Indians down-court for baskets. Kaino found Tapio with a long outlet pass, and shortly thereafter scored on a backdoor cut for a 38-17 lead. John Glenn followed with a layup in transition.

Reese Tynkila led several fast breaks and hit all four of his shots in the second half after an 0-for-4 first half. With Tapio and Robert Woods starting and Tynkila coming off the bench, the Fishermen were able to play multiple tall, athletic forwards at all times. Woods played in the post and grabbed four offensive rebounds along with seven steals. Bannister led Ilwaco with 18 points, while Tapio added 12.

Photos: Packers hold off Saints for 37-30 victory in New Orleans