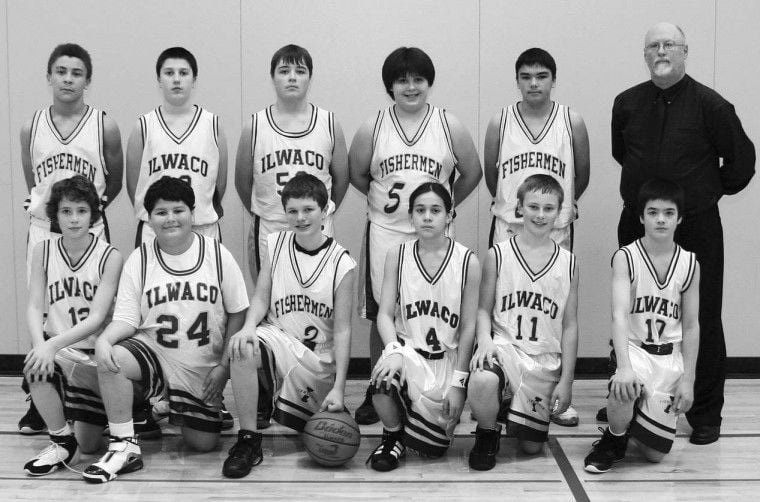 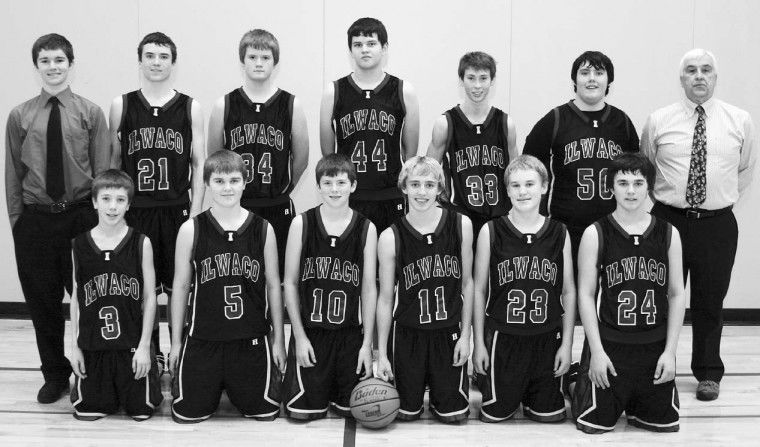 ILWACO  Though small in numbers, the Fishermen junior varsity was long on results, recording an 8-8 season with a 44-36 win over Castle Rock Thursday, Feb. 3. We had at least five or six other games we were close enough to win. The kids worked hard defensively and improved in their rebounding and that was the key to our success, Coach Tim Harrell stated.

In four games this season we had Ryan Tapio and Kasey Plato down from the varsity. Ryan scored 19 against South Bend and Kasey blocked 12 shots and had 15 rebounds and was one point shy of a triple-double against the Indians, Harrell praised.

Carlos Lopez worked hard and brought a smile to everyone in the program. Eric McMillan is a smart player and although he is smaller he gave us good interior rebounding. Austin Wirkkala ran the show for us at point guard. His growth as a player against pressure defenses was great and he is also an excellent defender, Harrell said.

Clark Wilson is bursting with potential with a nice outside shot and he led the team in scoring and he defended the other teams best player every game. He will be a fun player to watch at the varsity level next year. Jose Gonzales Sebastian became a scoring threat who never met a shot he didnt like and hes a hard-working defender, Harrell explained.

Jose Juan Hernandez is a reliable and likable kid who played well defensively and rebounded well and had the knack for scoring on put backs. Eli Schenk gave 100 percent every time he stepped on the court. He was a great defender and had a great first step on offense. He is a good athlete who works hard and has a bright future in the basketball program.

Ahlin, Kienyn Adams, Jones-Merino and Schisler were the teams leading rebounders. Sutherland, DeSimone, Sheldon, Adams and Jahraus received smartest player awards from Coach Enos. Brendan Weidner was the leading scorer with an 11.1 average followed by Sheldon at 4.9, Ahlin 4.8, and Schisler 4.1 points per game.

The team defeated Jewell, Vernonia by three points in a thriller, Neah-Kah-Nie, and Star of the Sea. Clatskanie twice, Knappa, Rainier and Warrenton earned wins over the Ilwaco squad. Only Star of the Sea, Rainier, and Neah-Kah-Nie played man-to-man defense, the other teams all played zone defense at the junior high level, which is effective, not doesnt help the players learn many of the fundamentals of basketball, Enos concluded.

The seventh grade was coached by Rick Bishop and their record was 2-7. We lost our first two games badly to start off the season. After that we were in every game. The final five games we had leads in the second half, but could only hold two of them, Bishop stated.

For the second team Gio Lazero led in scoring, Jacob Malmstadt topped the team in rebounds, and Joshawah Eagle-Bear was the quickest defender and led the squad in steals. Jazz Parks was the best defender, Brandon Sparks had the best athletic instincts and Otto Kemmer was most improved according to Bishop.

NASELLE  The Naselle Middle School teams were made up of players from sixth through eighth grade, with the two squads combining for 10 wins and 10 losses. Justin Laine coached the older team and Danny Vaughn was the mentor for the younger squad.

The coaches commented on each of the sixth and seventh grade players by saying Travis Pine was a good ball handler, hustled and his passing improved greatly. Hayden Gudmundsen was a hard worker, good defensive player, and he was tough going to the basket. Dante Hernandez had a great attitude and is a good ball handler and shooter. Anthony Wirkkala had a good attitude and did a good job of putting the ball in the hoop.

Kyle Strange was an excellent ball handler, solid defender, hard worker, and floor leader. Philippe de Montaudouin had a great attitude and is good ball handler and shooter. Ramzi Estes also had a good attitude, was unselfish, and set good screens. Brandon Barnes and Jake Clark had good attitudes and were hard workers and Clark was a good rebounder.

The coaches said eighth grader Connor See had a great attitude and improved on defense, ball handling, and was an excellent shooter. Cole Bergeson was a strong ball handler using both hands, good shooter, improved on defense, and was a team leader. Tony Lopez was an excellent defender, hard worker, solid rebounder, good scorer, and team leader. Adrian Corona was a natural athlete, good ball handler, good passer and scorer.

The eighth grade team plus Jarrett and Gudmundsen beat Valley twice and split with South Bend and Ocosta, winning the second time around against both teams. They lost to powerhouses from North Beach and Raymond.

NASELLE  Senior Nicole Tarabochia of Naselle has been invited to play in the 26th annual Washington State Volleyball Coaches Association All-State games on March 12 at Fife High School. She will play in the 1B-2B contest that begins at 3 p.m. Matches between 1A-2A and 3A-4A teams will follow at 5 p.m. and 7 p.m.