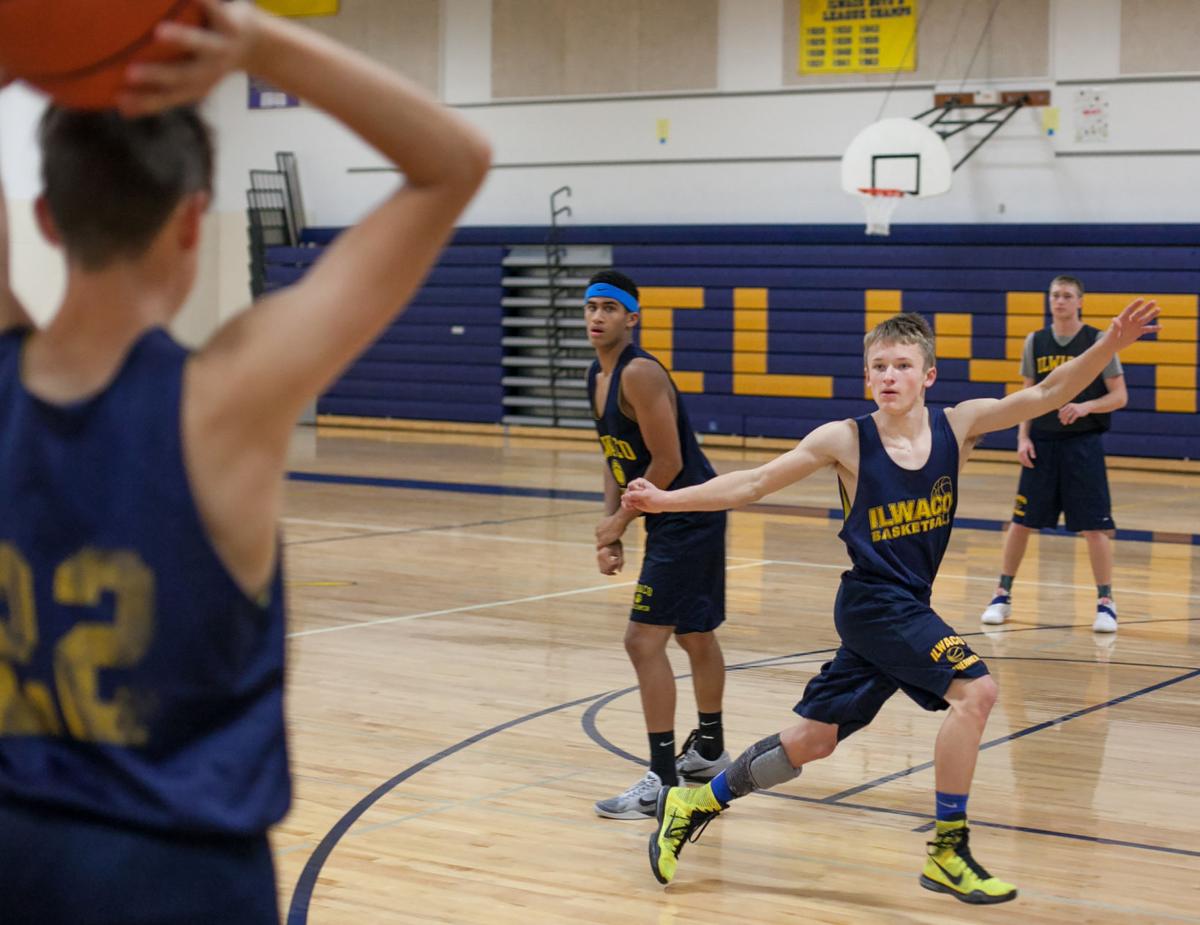 Alex Kaino looks to receive a pass during week one of Fishermen basketball practice. 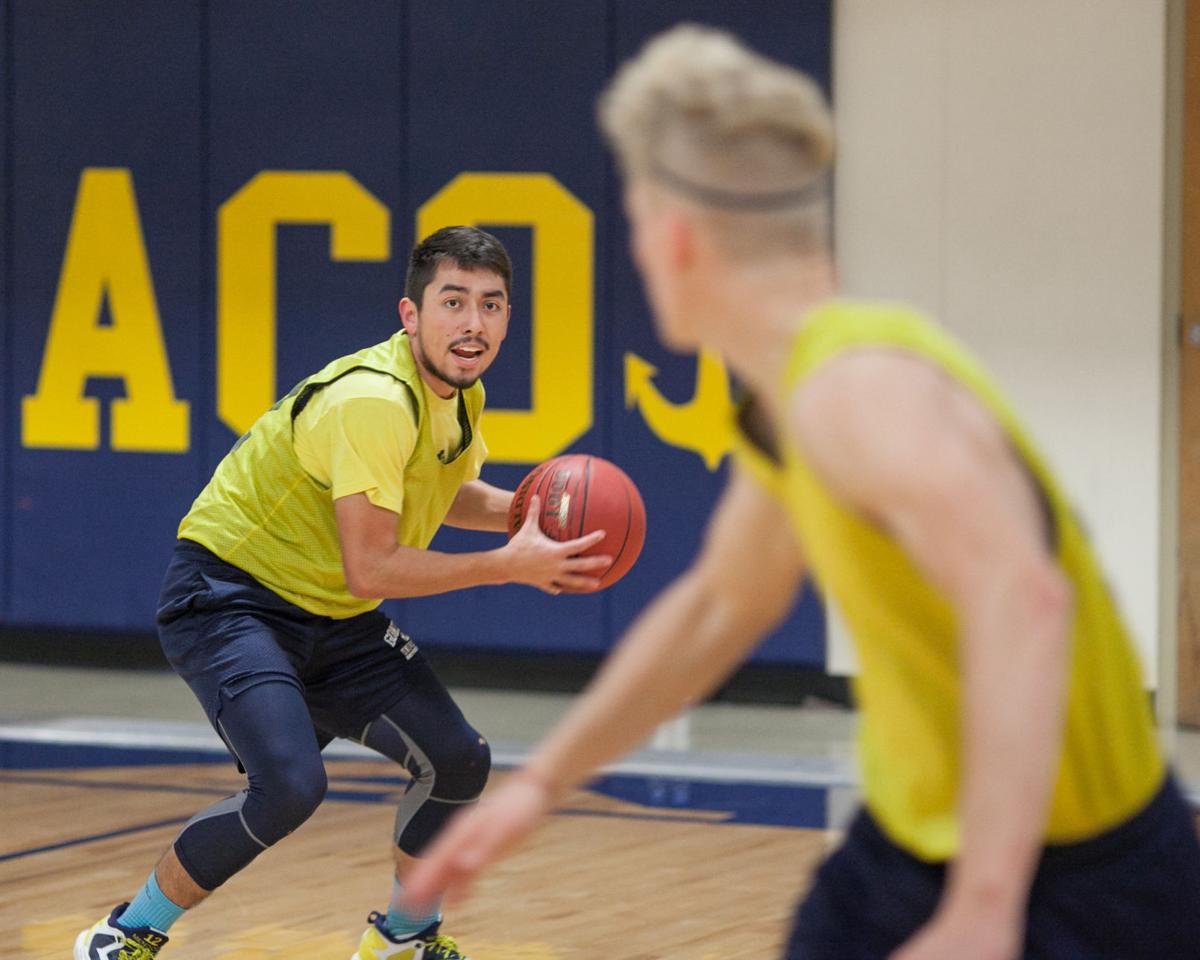 Marcos Mendoza looks to make an outlet pass during the first week of practice at Ilwaco High School. 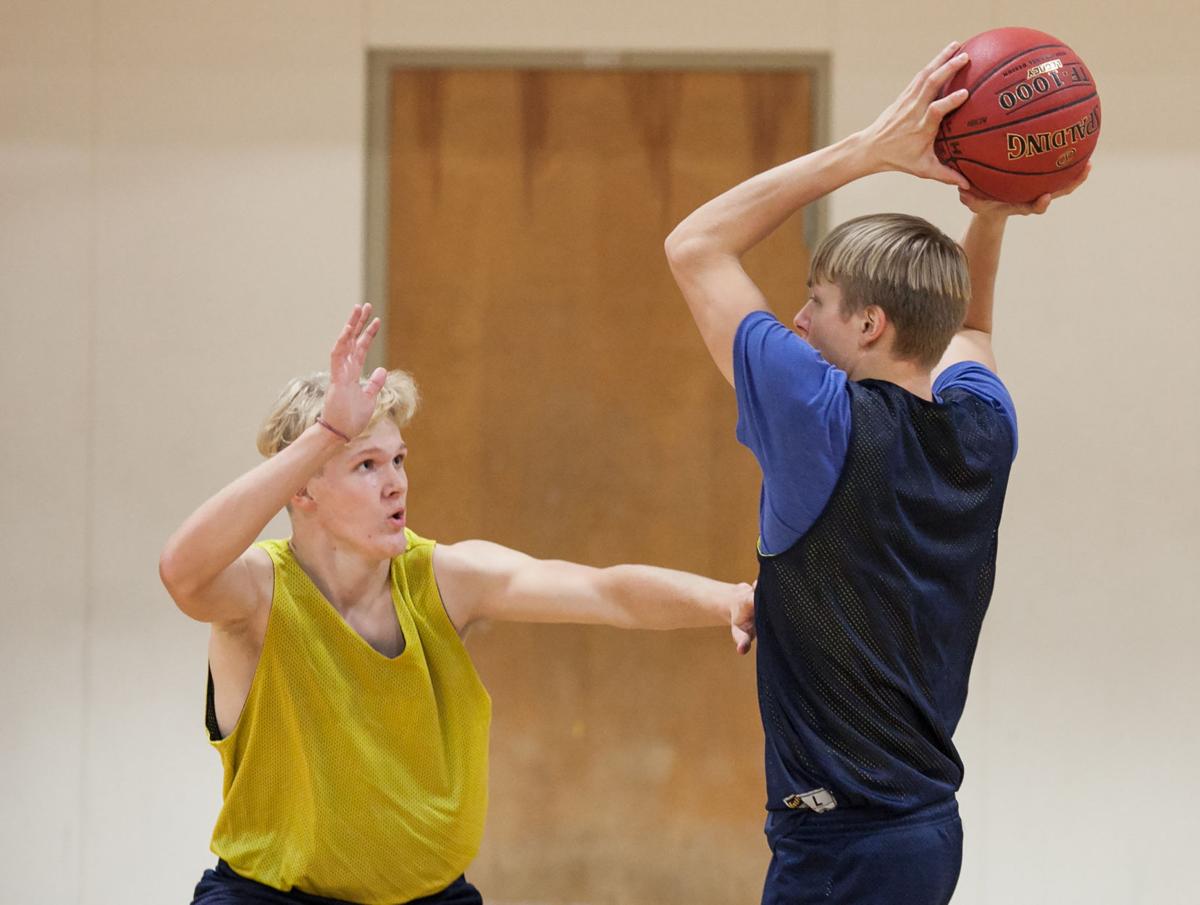 Alex Kaino looks to receive a pass during week one of Fishermen basketball practice.

Marcos Mendoza looks to make an outlet pass during the first week of practice at Ilwaco High School.

ILWACO — With a strong returning core of players, and reinforcements coming from last year’s junior varsity squad, the Fishermen should complete their rebuild and be near the top of the Pacific League this season. To do that, Ilwaco will need a more consistent offense to complement their often-dominant defense.

Zac Tapio, a versatile 6’2” forward, showed the size and athleticism to score even against tough competition. He led the team with 14 points per game last year. “Zac is a multidimensional threat,” said coach Tim Harrell. “He has the ball-handling skills of a guard, and the ability to play inside.”

Alex Kaino had a very strong freshman season as the starting point guard, making All League honorable mention, and may develop into the reliable second or third scorer the team needs. Kaino broke out for 27 points in his second career high school game at North Beach. Teams soon began devoting resources to keeping him out of the lane. “Al got off to a hot start, then cooled down a little, and then came on strong at the end… .Word got out Al could penetrate, and teams looked to take that away.” Coaches anticipate that he will continue to develop his ability to see the floor, and that as his long-range shot continues to develop, he will use it to beat teams that play him to drive. Kaino has grown a couple of inches to 5’7”. “People muscled me last year,” he said. “I’ve gotten stronger.”

Ethan Bannister returns as the team’s top three-point shooting threat. Six-footer Reese Tynkila is a multidimensional threat like Tapio. He stretches defenses with his three-point shooting and may play more on the inside with Michael Aguayo and Gio Lazaro having graduated. Senior Marcos Mendoza can create his own shot off the dribble.

Tapio, Kaino, Mendoza and Bannister are all returning starters. In the other starting spot, last year’s Fishermen went with James Schenk, Aguayo or Lazaro, all now graduated, or with Tynkila. The team will need to replace Aguayo’s and Lazaro’s inside presence and Schenk’s leadership and defense. At practice, Harrell reminded his team of Lazaro’s ability to get in position and take a charge. “Someone’s going to have to step up and replace that,” he told the players.

Overall, the team may not be as powerful inside and will try to play faster this year, coaches say. Jeb Sheldon, who played in the post on the junior varsity team last year, is an interior option. Robert Woods, who led last year’s junior varsity team with 12.3 points per game as a smooth slasher on the wing, showed during summer league that he can play in the post.

John Glenn and the Ramsey brothers, Trent and Tenyson, could also move from junior varsity or swing roles into larger roles with the varsity team. “A lot of guys stepped up in the summer,” said Kaino. “We have a strong bench, and the ability to rotate guys.” Kaino envisions a well-balanced offense with strong passing. “We’re looking for easy shots. We’re all looking to set up teammates, to make each other more dangerous,” he said.