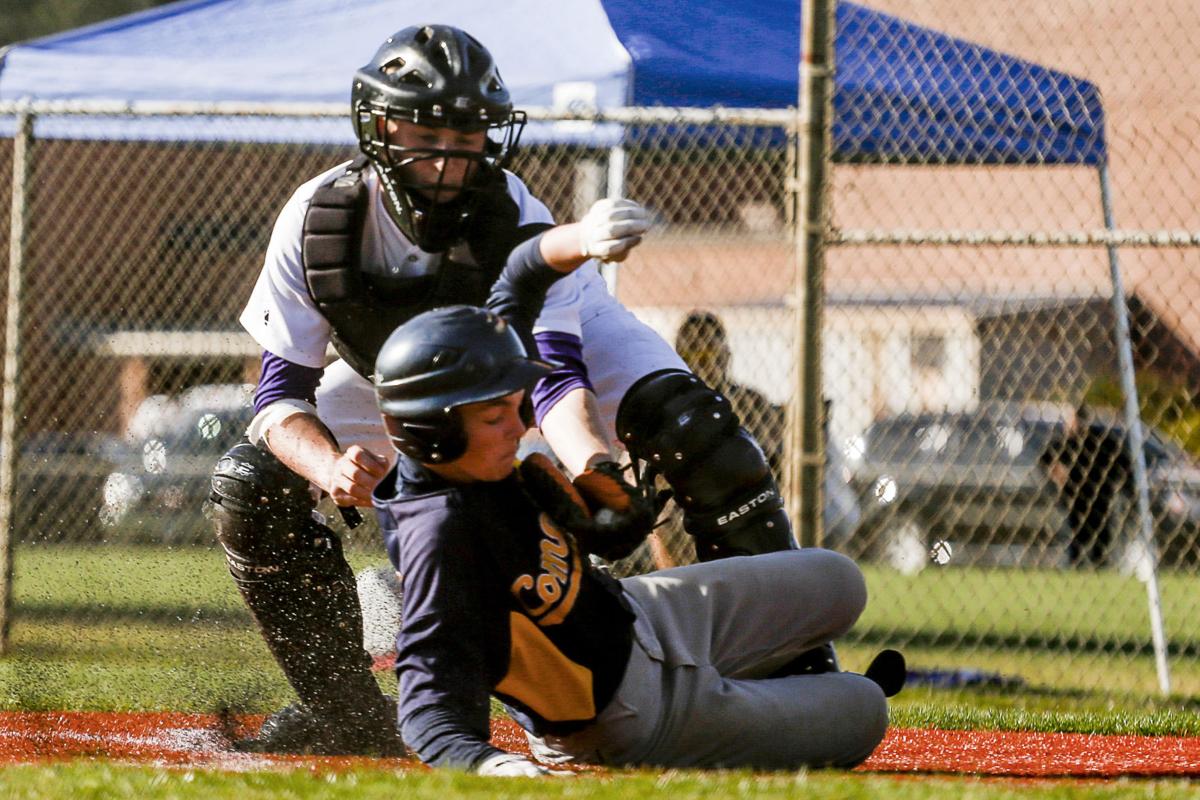 Warrenton's Gavon Mcfadden tags out Naselle's Josh Townsend at the plate during the game against Naselle. 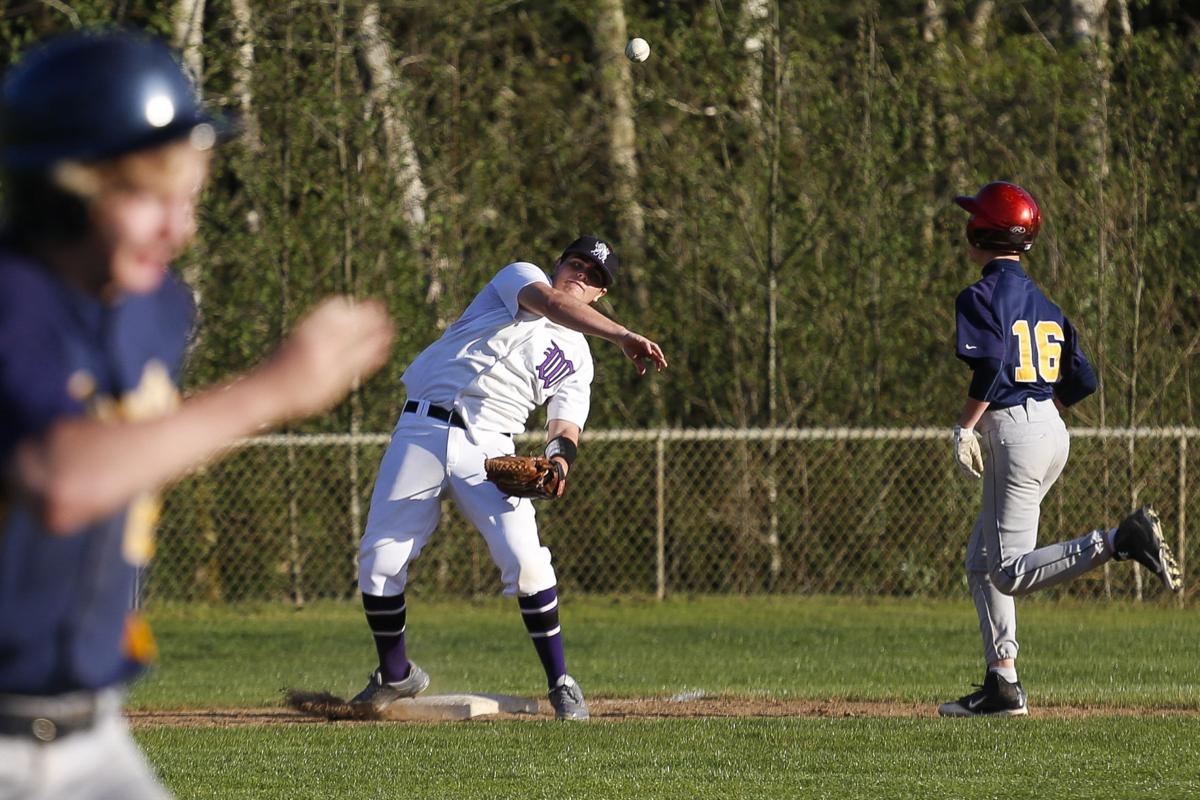 Warrenton's Joseph Little attempts a double play in the sixth inning of the baseball game against Naselle on April 7.

Warrenton's Gavon Mcfadden tags out Naselle's Josh Townsend at the plate during the game against Naselle.

Warrenton's Joseph Little attempts a double play in the sixth inning of the baseball game against Naselle on April 7.

WARRENTON — The Warrenton Warriors scored seven runs in the first inning and beat Naselle 13-3 on April 7. Justice Watson and Derek Ham each went three for four with a double for the Warriors.

Javon McFadden led off the bottom of the first with an infield single and stole second and third, then took home on a double steal with Watson for the Warriors’ first run. After some walks and hit batters by Naselle pitcher Jacob Scrabek, Kale’o Kapua hit an RBI double to deep center for a 5-0 lead. Watson singled home Kapua for a 7-0 lead after one inning.

Donny Edwards took over for Scrabek in the second, and Warrenton continued piling on. Anthony Cochran doubled to left, and Ham singled him in for an 8-0 lead after two.

In the third Scrabek put Naselle on the board. He doubled over the head of centerfielder Dalton Knight, scoring Donny Edwards and Ethan Lindstrom.

Warrenton led 12-3 entering the bottom of the sixth. With runners on first and third, Watson hit a groundball to Lindstrom at short. Lindstrom looked Dalton Knight back to third, and tossed to second for the force. Knight took off on the throw to second. Josh Townsend threw home, but Knight slid under Carson Bergeson’s tag and was safe on a close play at the plate. That put Warrenton ahead by 10 runs, triggering the mercy rule and ending the game.

The game was scoreless in the bottom of the second, when the Comets loaded the bases with one out. Ryker Coffee then struck out Chase Haataia and got Donny Edwards to fly out to end the threat. The Loggers broke through with four runs in the third.

Ramzi Estes singled home Josh Townsend in the fourth to make it 4-1. The Comets got their second run on Justin Blaylock’s sixth inning sacrifice fly, making it 7-2. In the seventh, Vince Fauver doubled in two more runs for Naselle.

Carson Bergeson hit a single and a double for the Comets, and Estes went two for three. Josh Townsend got the start on the mound for Naselle. Ethan Lindstrom and Chase Haataia pitched in relief.

Badgers in the NFL: Check out top performances by former Wisconsin players in Week 2