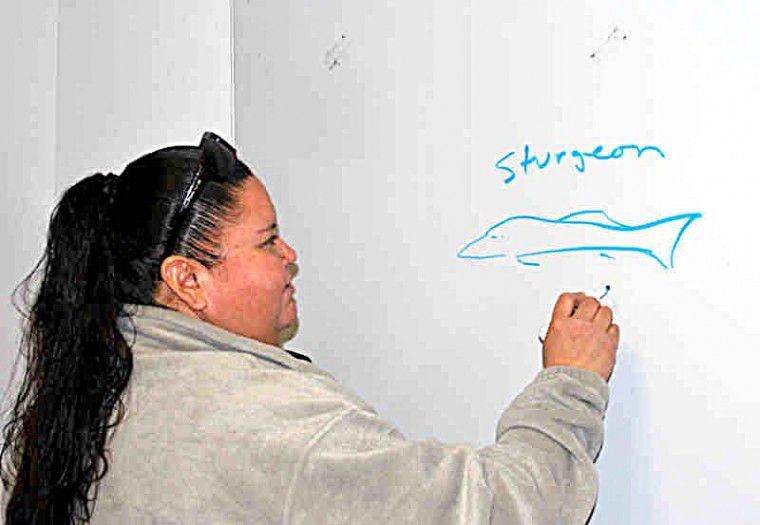 <p>Donella Miller heads up the only sturgeon hatchery in the state of Washington.</p> 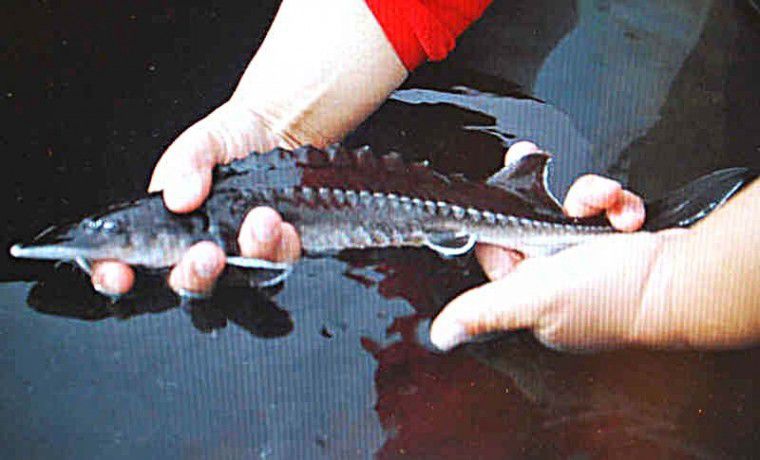 <p>Donella Miller heads up the only sturgeon hatchery in the state of Washington.</p>

Especially in light of severe ongoing cutbacks in the Lower Columbia River sturgeon fishery, this may be an idea whose time has come.

For decades the Yakima Nation focused its efforts on restoring salmon in the Columbia River Basin. But now, the tribe is looking to fisheries biologist Donella Miller and others to also help the all-but-forgotten white sturgeon.

Sturgeon have taken a back burner to salmon all these years, said 36-year-old Miller. There havent been many restoration efforts. I think if it werent for the extended lifecycle of them  they can live 100 years  theyd be extinct on the Columbia River.

In April 2011, the hatchery had its first release of several thousand sturgeon into the Priest Rapids, Wanapum and Rocky Reach reservoirs of the Columbia River. Now, about 40,000 sturgeon at a time can be raised at the hatchery. The plan is to plant them into various areas in the mid-Columbia. As the program grows, there will be releases in the lower section of the river as well.

Millers project has also caught the attention of the Columbia Inter-Tribal Fish Commission, a federal body that represents the fishing interests of the four river tribes with treaty-protected fishing rights  the Yakima, Umatilla, Nez Perce and Warm Springs.

Sturgeon are migratory fish, hatching in rivers and living in the ocean before returning to spawn, but unlike salmon they live through many spawning cycles.

But when the dams went up on the Columbia and Snake rivers, sturgeon were trapped. As bottom feeders, they didnt access the fish ladders like salmon. As a result, they dont reproduce like they used to, said Steve Parker, technical service coordinator for the Yakima Fisheries Program.

Our future funding will come from PUD, Bonneville Power Administration and Yakima County as soon as their refined five-year plan is completed, Miller said.

Miller and her crew of four catch brood fish in the swiftest portion of the Columbia River below the dams. She explained that sturgeon are broadcast spawners, and when they spawn it is in the swiftest waters they can find. The tribe catches their brood fish with setlines and nets, then transports them to the hatchery.

They are tricky to spawn, Miller said. We must inject them with a hormone to ovulate. Female sturgeon are put on stretchers and massaged to help them drop their eggs into a tank, Miller said. They mix the eggs with a fine clay mixture, which removes sticky membrane from the shells, and then gently stir the mixture with a feather. Then they are put into incubators, where they hatch about a week later. Each sturgeon hatches with a sac, which provides their initial food source. There is no formulated sturgeon feed so they are fed the same formula as newborn salmon.

Millers interest in sturgeon started when she worked with her family commercial sturgeon fishing in the Columbia River. In 2008, she graduated from the University of Idaho, where she earned her degree in fisheries resources. She visited other tribes and studied their sturgeon restoration efforts throughout the Columbia River and Snake River Basins.

Her future priorities include a backup generator, a backup well and a chiller to help regulate water temperatures.

All this amounts to a worthy project operated by concerned people.